I hate being pinned down or “figured out” and I’m always skeptical (and a little annoyed) by those who try. However, I must admit that my wife won me over to the Myer-Briggs personality type system. Yes, yes, these things are all flawed, but I have found it uncanny how much it has helped me understand myself and other people. When a new semester begins at CCBCY, we love to try and guess the personality types of each student to better understand them. Maybe this sounds weird, but as an introverted teacher I need all the help I can get!

Recently, I’ve been knocking around a thought experiment about the personality type of various Biblical scholars and what role it may play (if any?) in their work. While cautionary posts such as this in tow, here are some of my entirely speculative and baseless musings on the issue using three scholars as test cases: Doug Moo, Douglas Campbell and N.T. Wright. 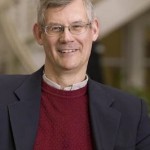 Doug Moo is well-respected for his care for detail. He has said that commentary writing is what he loves doing best, and he is loved for it. The responsibility-driven ISTJ personality type fits what I know of him. It explains why he can be relied upon to carefully process information but won’t necessarily rock the boat anytime soon with some radical new reading of Paul. Though meticulous and trustworthy, as an ISTJ, Moo sees himself as “not a particularly creative scholar, standing in awe at the sweeping views of Paul put forth by N. T. Wright” (from my interview with Moo). However, Wright has this to say of Moo:

One of the things I really respect about Doug Moo is that he is constantly grappling with the text. Where he hears the text saying something which is not what his tradition would have said, he will go with the text. I won’t always agree with his exegesis, but there is a relentless scholarly honesty about him which I really tip my hat off to.

Doug’s own personality and scholarship can be seen in his debate on justification with another personality type, Doug Campbell. 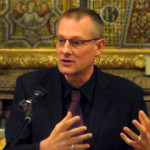 Douglas Campbell is known for his provocative and revisionary readings of Pauline theology. He is a voice that must be reckoned with, no matter how unsettling his innovations. Perhaps I’m reading between the lines but Campbell appears frustrated at those who don’t understand what he sees, even if he is the only one that sees it! This is classic INTJ. This personality type will see connections that no one else will, and see them with ease; but often they will be a stubborn lone voice that will take a lot of effort to convince of error. His intellect, confidence and idiosyncrasies ring true for the INTJ type. The INTJ will elicit strong reactions, such as Wright’s comments on Campbell’s Deliverance of God:

…massive and brilliant but to my mind utterly mistaken…

His personality type can be seen in his attitude in reviews or discussions with N.T. Wright. 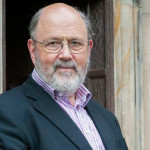 N.T. Wright shares much in common with both men, but he’s an entirely different character. He is certainly an extrovert, unlike the Dougs. Though he is similar to Campbell in his inclination to big-picture innovative connections, his extrovert nature means he will more naturally reach a wider crowd. This also helps explain his popular-level work and reputation for being an effective communicator. I’m a little less certain on his type, but I’d guess ENFJ (this site agrees). By my estimation, this is an uncommon type in scholarship and it would at least partially explain why Wright is such a black sheep in the community.

It’s intriguing to see that these men’s personality types (assuming I’m right) contribute significantly to their scholarly work and to a large part explains their differences. Moo, as an ISTJ, will probably not produce an innovative grand-scale work like Campbell and Wright, but we need the details-guy. Wright is not necessarily someone I’d go to for a thorough sifting of facts, but rather his communication abilities and fresh outlook. I am intimidated by Campbell’s intellectual prowess, but his provoking suggestions are also what we need to keep us on our intellectual toes.

If I were to guess, the ISTJ personality type probably makes up a huge percentage of scholars (they’re a fairly common personality too). Their intellectual integrity and rigour is no doubt essential to the field. But I agree with N.T. Wright that the academy (and the church) would benefit from other types pursuing the field.

Whatever the merits of my guesswork, I’m encouraged that we need to embrace our strengths and appreciate those of others. The Bible is not understood without the attention to both big-picture and details. We need to embrace the variety that God has given in all the different personality types.

If you’re curious, I’m an ISTJ. Maybe that explains why I even bothered with this post!