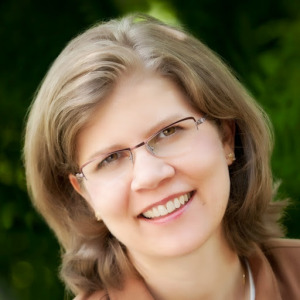 Well, there is an unexpected seven day gap in my Daniel 9 interviews! (Sorry for the terrible pun). When I first asked Wendy Widder if she could take part we weren’t so sure it would work out, but I’m very grateful that it did! She just sent over her answers, so I thought I’d sneak them in here since Davis has a nice conclusion to the series.

Wendy Widder is Adjunct Professor of Old Testament at Cornerstone University and is Contributing Editor for Logos Mobile Education. She is also working on two commentaries on Daniel: one in the Story of God series and another in the Hearing the Message of Scripture series. Wendy also blogs at for the LOVE of the WORD.

The vision contributes to the chapter’s purpose. In the revelation of the 70 Weeks, God reveals a greater (and more difficult) plan for his people than what Daniel (and the people) expected. The people may have deservedly suffered, but when they repented, God would restore them in his mercy and for his own name’s sake. As history moves under God’s control, his people can always have an eschatological hope that is rooted in his character and faithfulness.

I consider the schema of the 70 Weeks to be primarily symbolic, based on its incorporation of sabbath year and jubilee language (Lev 25–26). However, even the symbolic view has to have a starting point, i.e., the “word that went out” (Dan 9:25). I consider this “word” to be one of Jeremiah’s prophecies (Jer 25; Jer 29), so dating to 605 or 594/597 (depending on whose dating of Jeremiah’s letter you listen to).

I consider the nearest historical referent for the people and events of the 70 Weeks to be associated with the Antiochene persecution of the second century BC. Thus, I understand the first anointed one to be Cyrus (or perhaps someone else associated with the return from exile; i.e., Zerubabbel or Joshua). However, I think the entire prophecy transcends the events of the second century and has its ultimate fulfillment in both advents of Christ.

Textually? No. But this is apocalyptic literature with more symbolism than we know what to do with. I don’t think counting years and weeks is the right approach in the first place.

Your question seems to assume that the messiah/anointed one is Jesus (the capitalization?). I consider the nearest historical referent for the second anointed one to be Onias III, murdered ca. 171 BC, and I think his assassination is the beginning of the 70th Week.

I consider them to be different figures. The prince in v. 25 is the first anointed one (Cyrus). The nearest historical referent for the second prince, then, is Antiochus Epiphanes, but again, the entire prophecy transcends the second-century events, so I also think the second prince is an antichrist figure.

It is a typological view, though I am not aware of anyone else who calls it that specifically. My view encompasses parts of a couple popular/widely-known views (see summary of my view at the end of these questions/answers): it’s symbolic, but it’s also historical and eschatological. I see initial historical fulfillment in the post-exilic events of the sixth and second centuries, and I see these events as typological for the events of the first and second advents.

Like the rest of Daniel, chapter 9 affirms God’s sovereignty over history and His eventual defeat of all that stands against Him, but I think its unique contributions are in the area of confession of sin and reflection on the significance of jubilee.

Daniel’s confession of corporate sin challenges me to stand with my brothers and sisters in Christ, my family. Giving ourselves for others in confession can take several forms: corporate confession in formal worship; confession at higher organizational levels, such as denominations and affiliations; and individual crying out on behalf of our family. We don’t have to look far to see brothers and sisters erecting obstacles to the gospel, to hear foolish talk that maligns the sweet name of Jesus, to see camel-swallowing and gnat-straining. O Lord, forgive.

The Seventy Weeks point us to Jesus our Jubilee, the one who has made our freedom possible and who calls us to live jubilee now while we await the fullness of God’s eternal kingdom. Christopher J. H. Wright offers an insightful analysis of how today’s church can incorporate jubilee ethics—economically, socially, and theologically. He contends that Christian should approach economics with an eye for opportunities and resources that enable people to provide for themselves, as well as enjoy the dignity and social involvement that self-provision brings. He challenges Christians, socially, to champion the family “by legislating for specific structural mechanisms to regulate the economic effects of debt”[1] Theologically, he notes that Sabbath, sabbath years, and Jubilee reminded Israel of God’s sovereignty over time and money, His providence in caring for their needs, His redemption, and His forgiveness. Applying this today requires that God’s people obey His sovereignty, trust His providence, know the story of His redemption, experience His atonement, practice His justice, and hope in His promise. Jubilee “embraces the church’s evangelistic mission, its personal and social ethics and its hope.”[2]

Wendy noted that my questions didn’t draw out the distinctives of her view, so she kindly provided a helpful summary at the end. My questions reveal my own ignorance of the diversity of views! (My words, not hers!)

I separate the seven weeks from the sixty-two weeks in v. 25 (and so see initial fulfillment during the time of Antiochus and understand the anointed ones as Cyrus and Onias III), because I consider this the more natural reading of the text, and I think it makes better sense in the larger literary context of Daniel’s visions. But as in the other visions, this initial fulfillment was not the end of the matter. There is eschatological—and Messianic—fulfillment in the prophecy, evidenced by the symbolic numbers in the structure of the Seventy Weeks. The significance of the numbers is rooted in the Old Testament concepts of sabbath years and Jubilee (Lev 25–26), but the fulfillment of these Old Testament calendrical events is found in Jesus, who declared himself the fulfillment of Isaiah’s Jubilee prophecy.

The Seventy Weeks revealed that the anticipated end of the 70-year exile was but a foretaste of a greater exile’s end, the exile that began in Eden. Cyrus freed the people from foreign bondage, but Jesus would free people from the bondage of sin. Cyrus declared liberty and restoration of the land, but they were only partial and temporary. The liberty brought by Jesus was complete and permanent, though we await its consummation. Onias III offered sacrifices and made intercession on behalf of the people, and ultimately lost his life for no good reason. But Jesus’ death was the once-for-all sacrifice that made temple ritual obsolete. He now stands as our great high priest, interceding for us at the throne of God.

The first seven weeks of the Seventy Weeks set up a jubilee under Cyrus. But Jesus is the Jubilee. Whereas the Old Testament jubilee was the shadow of a future hope for restoration, the restoration Jesus inaugurated will be completed (a ten-fold jubilee, 49×10=490 years/70 weeks) when He returns in the eschaton.

I would like to thank Dr. Wendy Widder for taking the time to do this interview on her view of Daniel 9. Expect the last interview on Monday.