This is the fourth part of our interviews on Premillennialism. Introducing the final view, Historic Premillennialism, is Dr. Jim Hamilton of Southern Baptist Theological Seminary. Hamilton also blogs here. 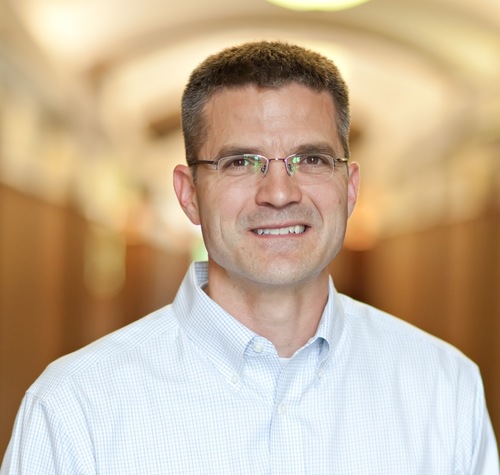 When I was in High School I started asking big questions about the Bible and for the first time read all the way through it. I was much confused and had few categories for the kind of world the Bible took me into, but it’s a world I never want to leave. Then in college I got my hands on the Revelation sermon series by Tommy Nelson of Denton Bible Church. That was the first exposure I had to any kind of exposition of Revelation and the end times.

I am so thankful for the way that the good men at Dallas Seminary gave me categories and concepts for beginning to understand the atmospheric conditions, weather patterns, and geographical landscapes of the new world into which the Bible took me. It’s such a blessing to be shown around a new world by people who have spent their lives exploring it.

None of us have exhaustively mapped this terrain, so many of our proposals amount to theories about the lay of the land. Dispensationalism was the first comprehensive attempt at a map of the Bible’s world that I had ever been shown. I remember the sense of vertiginous wonder that someone had made a map! I was overjoyed to find that people had made maps of this most important realm.

I also remember feeling that some aspects of the proposed explanations needed everything to be just right for the explanation to work, and I wanted to explore the terrain more thoroughly for myself before embracing that map’s explanation of where things were. The main questions I had were related to the rapture, the tribulation, and the millennium, and I knew that what I needed was a thorough study of Daniel and Revelation.

In brief, why you are not a dispensationalist today?

Because as I read G. E. Ladd’s New Testament Theology, it made sense to me when he said that Jesus chose twelve Apostles to reconstitute a new Israel around himself. That undermined the hard and fast distinction between Israel and the Church that dispensationalism maintains. Further overturning this distinction is the pervasive way in which the New Testament authors present what Jesus has done and is doing in the church as the typological fulfillment of the Old Testament, which means that the church is a typological fulfillment of Israel (this does not nullify a future for ethnic Israel). I think Dispensationalism puts blinders on people and keeps them from seeing the typological interpretations of earlier Scripture pursued by the biblical authors in the Old and New Testaments.

People (not just dispensationalists) make rules about how to interpret the Bible, but the biblical authors don’t follow those rules. So I don’t hold to or teach those rules. I want to understand and embrace the interpretive perspective of the biblical authors. That’s what I’m seeking as I pursue the task of biblical theology. I’m not claiming that I’ve exhaustively mapped this new world, but what a privilege to explore it and try to help others find their way in it!

What would you see as some distinctive aspect(s) of your view (Historic Premillennialism)?

People seem most surprised by my willingness to grant that many, many things in Revelation are probably symbolic (even a round number like 1,000 years). My contention is that we should interpret the symbols in Revelation self-referentially, that is, against each other.

In Revelation: The Spirit Speaks to the Churches I have a table on all the references to time in Revelation (p. 369), and another that proposes “Revelation’s Symbolic Timeline” (p. 371). My contention is that in the symbolic timeline of the story of the world set forth in Revelation, there is a 1,000 year reign of Jesus the Messiah on earth after his return and prior to the final rebellion and the great white throne judgment. Amilleniallists are right that these things are symbolic, but they are wrong to flatten out the symbols so that all the symbols signify the same thing. The three and a half year period in Revelation 11–13 is not the same symbol as the thousand year period in Revelation 20

The return from exile and resurrection from the dead in Ezekiel 36–37 is symbolically and typologically fulfilled when Christ comes on the white horse to conquer his enemies in Revelation 19 (a new Joshua taking the land), and then the dead are raised in Revelation 20.

The end of Ezekiel 37 speaks of David reigning over the people who have experienced the new exodus and return from exile, and then Ezekiel 38:8 and 11 describe Gog of Magog going against “the land that is restored from war, the land whose people were gathered from many peoples . . . the land of unwalled villages.” I would suggest that this is exactly what John is describing in the reign of Christ in Revelation 20:4–6. The land is restored after the new exodus and return from exile. The villages are unwalled because Christ reigns and there are no threats.

When Ezekiel describes the Lord putting a hook in the jaws of Gog of Magog in Ezekiel 38:4, I think Ezekiel means his audience to recall the way the Lord put hooks in the jaws of Leviathan in Job 41:2, and I think Leviathan is a symbol of Satan (cf. Job 1–2). So in Revelation 20:7-10 John depicts the fulfillment of the Ezekiel 38 attack by Gog of Magog on those who have been raised from the dead (Ezek 37:1–14; Rev 20:4–6) and experienced the fulfillment of the new exodus and return from exile to the land in which David’s seed reigns (Ezek 37:24; Rev 20:4–6).

What do you believe about the rapture and its timing in relation to the second coming of Christ?

I think the whole period of Church History is a time of tribulation, intensifying just before the return of Christ, with the rapture taking place at his return.

I think Romans 11:25–27 indicates that on the day that Christ returns there will be a mass conversion of ethnic Jews.

Michael Svigel, a DTS prof, suggests–if I understand him correctly–that the millennium is the beginning of the new creation. I like this suggestion.

Everything I’ve read on biblical theology and Daniel and Revelation! Too much to list out . . .

Do you have any publications that best represent your position more fully than this interview allows?

I would point people to God’s Glory in Salvation through Judgment: A Biblical Theology, to Revelation: The Spirit Speaks to the Churches, and Lord willing I have a book coming out on the theology of Daniel.

Many thanks for Dr. Jim Hamilton for taking the time to do this interview! Jim sent me a list of all his blog posts on Premillennialism, which I’ve posted below: