We’re continuing the series on the three major Premillennial views. If you want to know what this is all about, see the opening post: Premillennialism interviews.

This is Part two of my interview with Dr. Paul Henebury. See Part 1. 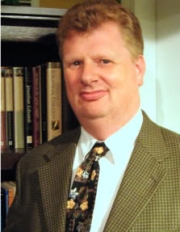 What would you see as some distinctive aspect(s) of dispensationalism?

The first thing would be its hermeneutics.  The general rule for dispensationalists is to give preference to the plain-sense or “literal” interpretation of a passage.  This approach does not disregard metaphors and the like, anymore than in normal conversation.  Although not always adhered to, Dispensationalism at its best keeps to this rule: the grammatical meaning in context.

The main teaching resulting from this is the distinction between Israel and the Church.  These concepts must never be confused.  Israel was not the Church in the OT and the Church is not Israel in the NT.  Both people groups have separate covenant promises given to them which shall be realized in the age to come.

Many Dispensationalists add that the glory of God brought about by the realization of the promises of God is essential to the system.  I question this; at least functionally.  Most dispensational authors do not make much of this aspect in their published writings.  How then can it be essential?

Clearly one must talk about the dispensations themselves.  The usual Dispensationalist answer might be along the lines of the importance of setting out the Bible using the Divine Stewardships.  One can categorize certain issues (e.g. Law, Kingdom) at specific points on the Bible’s timeline.  But I have already thrown cold water on that because that is not where Dispensationalism’s real contribution lies.

Would you associate yourself with ‘classic’ or ‘revised’ dispensationalism?

I do not like to speak of “classic” or “revised” Dispensationalism. I see there is a place for such talk, but it is not very helpful. After all, nearly all non-dispensational views (including PD) have been powerfully affected by the “already/not-yet” idea of George Ladd. It has left virtually no other eschatological outlook untouched. But when do we read of “revised premillennialism” or “revised amillennialism”? And if we did begin talking this way, where would the qualifications end? I prefer to refer to myself as a “Biblical Covenantalist” as odd as that may sound. In my opinion Dispensationalism is doomed unless it redefines itself by the covenants and de-emphasizes the dispensations.

How then do you believe our doctrines should be formed?

For me God’s revelation is one. One ought to be able to get from any piece of truth to any other piece of truth. For this to be possible there can be no intentional double-meanings: God means what He says.

In formulating any doctrine it is essential that we always take the same basic path. What I mean is, all the major indisputable doctrines of the Christian Faith; the ones every Christian will own and testify to, like the Trinity, the Virgin conception, the bodily resurrection of Christ, justification by faith, the inspiration of Scripture, or the Second Coming; these are easily discovered by believing what the Bible says. We read a passage or set of passages, observing the context, and we build a point of doctrine from the text upward. It is my conviction that every doctrine should be constructed that way.

However, many theologies build their doctrines by formulating from the text up initially, but then, instead of repeating the process for the next doctrine, reason is allowed to infer from the first doctrine what the second doctrine should look like, then search is made for texts to support the second inferred doctrine. I don’t like this. To my mind, the default setting of every person is independence from God. You not only see it with, say the New Atheists, you also see it within the pail of Christian theology.

Imagine a set of arrows, each pointing to the sky thus ↑↑↑↑↑↑↑   Each arrow represents a teaching drawn from the text. So the first arrow might represent a belief like “God created the material realm.” This was constructed from passages like Genesis 1, Psalm 33, Nehemiah 9 etc. I am saying that each statement of belief should be formulated along these lines. Then we can employ our reason in a subordinate way to connect the tops of the arrows to produce our theological system.

But what often happens is something different. Look at this pattern: ↑→↓→↓→↓  Here we see that the first doctrine was created by building from the text and arriving at a clear statement of belief. But the pattern was not repeated for the second, third and fourth doctrines (represented by the arrows pointing down to the biblical text). Rather, unaided reason (i.e. the horizontal arrows), has formulated the next doctrines on its own and then scouted out the Bible (the downward arrows) for “proof-texts” – although these texts are often accompanied with special explanations trimmed to the desired theology’s requirements.

You cannot separate the future hopes of Israel from their Messiah and King.

But added to this is the covenant dimension. When God enters into covenant He voluntarily enters into relationship with those identified in the covenant and obligates Himself to bring to pass all the words He has pledged. His very nature is at stake in the truthfulness and vindication of His word. God is married to Israel (cf. Isa. 54:5), and He doesn’t like divorce. The grace that shall come to Israel as a nation in the land is tethered to the combined influence of what we now know is the two comings of Messiah. It is at that time that the New Covenant is made with the Remnant as per Jeremiah 31 and Ezekiel 36 (Rom. 11:24-27). At Sinai the Lord told Israel they would be a kingdom of priests and a witness to the nations. They failed to perform that task (as all sinners fail), but God’s purpose will not be thwarted. Israel shall step into that role successfully in the Millennium.

The main purpose of the Millennium is to restore the world the Father made for His Son. The Son, the second Adam, will rule upon the earth which was made for Him and redeemed by Him, and He will subdue it and gift it back to the Father. This is a complicated theological question. Involved in its answer is the whole relation of the immaterial God to the material realm He has created. Thus, before your question can be answered properly, other questions force themselves to the forefront. Why did God create? Why make man in His image and give him dominion over the rest of the planet? How do the incarnation and resurrection of the Theos–Aner (the God-man) fit into the picture?

This is not the place to go into such things, but I can answer quickly by saying this: this world, this planet was made by God and given to the Son. It therefore has its own purpose to be met through the Risen Christ, to reflect the glory of the Triune Creator and to finish with success the dominion given to Adam. This completion will be brought about by the second Adam, Jesus Christ.

I suppose my biggest influences at first were Charles Ryrie, Erich Sauer and J. Dwight Pentecost. I still greatly appreciate these authors.

Ryrie’s book Dispensationalism helped me clarify some things. Sauer’s Trilogy has always been of real help and I strongly recommend it, even though I cannot follow him in every case. Pentecost’s Things to Come was of great help too, as was Arnold Fruchtenbaum’s Israelology. Later Alva McClain’s classic The Greatness of the Kingdom and G. N. H. Peters’ magnificent The Theocratic Kingdom gave me much to ponder.  Peters’ work is hugely under-appreciated.

But the biggest influences on my current views are not “dispensationalist” ones.  The first is the great apologist Cornelius Van Til, especially his book Introduction to Systematic Theology.  This is hardly a beginner’s book, but more than any other work it showed me that Truth is one.  Van Til’s works have had the biggest impact on my theology as a whole.

Recently John Sailhamer’s The Meaning of the Pentateuch greatly stimulated my thinking in several directions.  A finely-tuned work by Michael Vlach called Has the Church Replaced Israel? is recommended.

Are there any publications (yours and/or others’) that best represent your position more fully than this interview allows?

Thank you Dr. Henebury, I hope this is not too much.

I hope this is not too much!

Many thanks to Dr. Paul Henebury for taking the time to do this interview. Next up is Dr. Darrell Bock on Progressive Dispensationalism.