…and it’s got nothing to do with Theology! 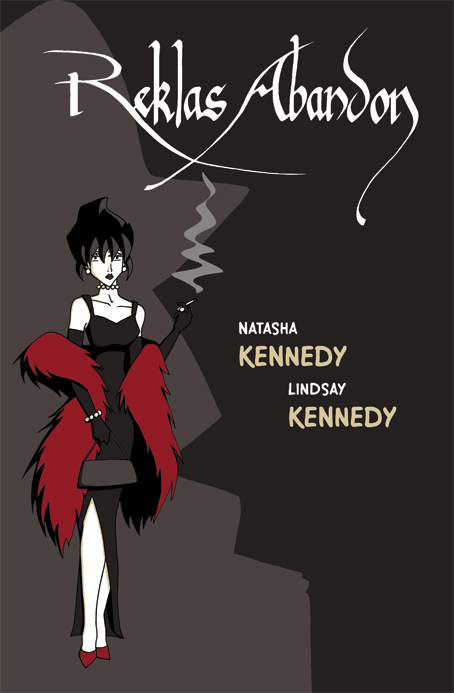 Reklas Abandon is a noir/comedy/drama/mystery graphic novel created by myself and my wife and published by Varida P&R. Here’s our blurb:

Helena, a rich young woman, recklessly buys an abandoned mansion, having no idea of the danger that lurks within. After arriving at the eerie residence, our heroine soon discovers that she and her butler are not alone. A dark secret lies at the heart of Helena’s new home and she finds herself the focus of its hungry gaze.

A tale of comedy and mystery, innocence and obsession; a tale of Reklas Abandon.

My wife and I have been working on graphic novels off and on since we got married and Reklas Abandon is the first we really have to show for it (or at least the first thing we are happy to show!). The story is ours, the drawing is hers and the colour and lettering is mine.

You’ll probably notice that my wife’s website is titled My Digital Sketchpad. I still don’t quite know if it’s a tribute or a send-up of this site!

I hope this doesn’t come off as shameless self-promotion, but I figure I have a readership who may want to know something else that I am interested in, and they may want to check it out, and perhaps may want to buy it if they like it. If that’s you, great! But if not, don’t worry, this blog will not be derailed.

So is Reklas Abandon a Christian book? Not in our minds. We just wanted to tell a good story; one that we are excited about. Of course our entire worldview is shaped by Jesus, and this will come out in our book, but this is far from an evangelistic tract. Just as Radiohead is not called Buddhist rock (Thom Yorke has spoken about Buddhist beliefs at times) and neither is it dismissed as such, we don’t call Reklas Abandon a Christian book and hope it wouldn’t be dismissed as such either.

Anyway, thank you for reading this interruption. We will now resume to our regular programming.