Before looking at Jewish teaching, however, Heiser begins in the Old Testament. We are used to arguments for the Trinity drawn from the NT, or anachronistic, though well meaning arguments (“God says ‘us’ in Gen 1:26, therefore… Trinity!) Heiser takes a different approach entirely.

It takes Heiser a few lectures to build the case for plurality within YHWH Himself but in this post I will simply present some of the texts he uses. If you want to hear his argumentation, you need to get the course for yourself!

When put together, these texts build a compelling cumulative case. Note that Heiser is not arguing that these texts teach the Trinity, rather, they mysteriously imply plurality within the LORD Himself. This is not Christian prooftexting as Rabbis noticed on these texts and concepts before the time of Jesus. 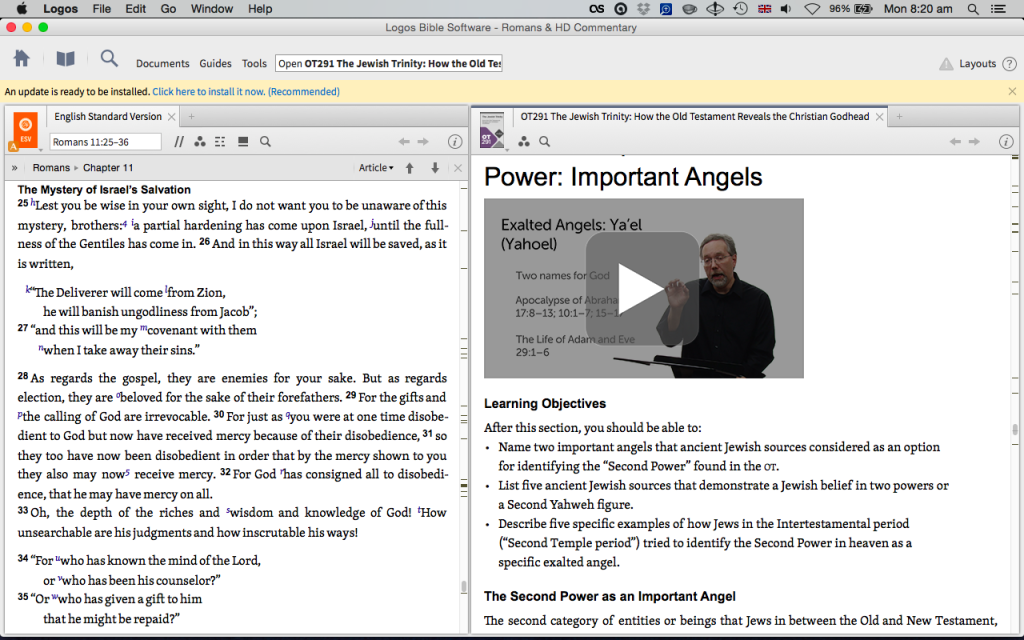 Heiser then surveys literature from the Second Temple period and argues that Jews wrestled with identifying this figure in the OT, with varying answers. Heiser divides them into three categories:

Heiser argues that the common thread tying these texts together is their attempts to identify the “second Yahweh”. Therefore, streams of Judaism had concepts in place that would later naturally accommodate Jesus.

Many thanks to Faithlife for providing a copy of The Jewish Trinity in exchange for review. Their generosity has not affected my opinion of the material.