Fellow Aussie Michael Bird says it much better than I could in has careful and sane thoughts on the issue: 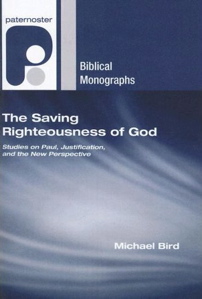 “I have learnt to be wary of Anglicans bearing gifts but I do not think that Tom Wright is a ‘Trojan horse to the church’. I wish to commend Wright as an interpreter for the reformed-evangelical tradition…

…I might add that I am an evangelical because I believe in the saving and transforming power of the gospel. I believe that that [sic] is the sine qua non of evangelicalism is not the inerrancy or disputed aspects of soteriology, but rather, how one defines and expresses the evangel.

Likewise, I believe in the reformation but I have to admit that Rom 10:9-10 offers a definition of a Christian that is broader than the reformed confessions. My former Systematic Theology lecturer, James Gibson, taught a generation of ministry students that the difference between an evangelical and a fundamentalist is that evangelicals are more excited in telling you what they are for, while fundamentalists are more excited in telling you what they are against. I know what I am for, I think I know what Wright is for, and it seems to me that we are for the same thing: the advance of the kingdom of God in this postmodern world. My own sentiment is that if some bastions of evangelicalism are to prevent a slide into a quasi-fundamentalism then they need to strike a delicate balance between maintaining theological purity and a commitment to inclusiveness among those who believe the same gospel and share in the same baisc theological fabric.

Let me also say that you can tell a lot about someone by the opponents he makes; and the fact that Wright has spent the best part of 30 years engaging and critiquing the views of North American liberal scholarship suggests that he may in fact be a champion orthodoxy [sic] rather than an enemy of the reformation. Even those who disagree with him so earnestly may still find his work on Jesus, Paul, Christian origins and New Testament Theology manifold resources for tackling a wider theological spectrum often at odds with orthodox Christanity. Wright’s more popular level works also provide reflective insights for wrestling with the question of how to be a follower of Jesus in a postmodern world. No wonder that i have encountered a number of young evangelicals who admire Wright and have found in his work a fresh encounter with Scripture.

That is not to say that one should follow Wright uncritically, but I do feel that he has much to offer the reformed tradition. At any rater, Wright’s significance for New Testament Theology (pro and con) cannot be completely gauged until he finishes his mammoth project Christian Origins and the Question of God. Only then will we see if Wright is right in what he writes.”

— Quoted from Michael Bird’s The Saving Righteousness of God: Studies on Paul, Justification, and the New Perspective. P192-193. I have added bold emphasis and additional paragraph breaks to aid in reading.