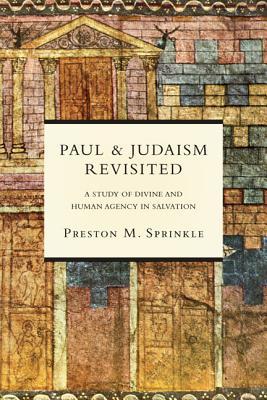 Did Paul share the same attitudes and beliefs about salvation with his fellow Jews? Many would say, “of course not, because the Jews held salvation by works and Paul held salvation by grace”. However, most Biblical scholars agree (thanks to E.P. Sanders) that this common view is in fact an unhistorical understanding of first century Judaism; Protestants have been reading Luther and Roman Catholicism back into Paul and Judaism. Instead, Jews did not see themselves as ‘working their way to heaven’. They were, after all, the people of God chosen by grace. Now, God expects obedience in response to His graciousness, but Christians believe this too. So this brings me back to my first question again, did Paul share the same attitudes and beliefs about salvation with his fellow Jews? Some argue for more continuity (e.g. Wright, Dunn) while others argue for more discontinuity (e.g. Gathercole, Westerholm). Much has been written on this subject already as it is a significant factor in the New Perspective on Paul discussion, but if a book came endorsed by Francis Watson, Tom Schreiner, Dan Wallace, Doug Moo and Stephen Westerholm, we ought to pay attention. Preston Sprinkle‘s Paul and Judaism Revisited is that book, and that’s why we’ll be discussing it here over the next few weeks! I hope for these posts to be something of a summary, a review and a discussion starter.

Sprinkle examines each of these aspects through Deuteronomic and Prophetic lenses, so let’s look at those first.

Sprinkle begins by identifying two motifs of restoration, the Deuteronomic and the Prophetic. Deuteronomic restoration is where “Israel’s repentance precedes God’s restorative action” (p38), or the “if you…then I will…” conditional passages. Prophetic is where God’s restorative action is not preceded by any actions or preconditions on Israel’s part, such as the “I will…” unconditional passages. Both are found in the OT, the former primarily in Deuteronomy and Judges-Kings, and the latter primarily in the Prophets. These two motifs also correlate with the question of human and divine agency; on whose work is the emphasis placed? Who initiates in salvation and restoration?

Here are some examples of both motifs in Scripture.

Preston’s intention for outlining these motifs is to show that “the Scriptures hold out diverse paradigms of restoration, which no doubt shape the way early Jewish interpreters – including Paul – will understand God’s saving act” (p67). These two lenses – Deuteronomic and Prophetic – will be used for peering into the thought of Qumran and Paul and applied to the five aspects of soteriology above.

I appreciate Sprinkle’s fairness in approaching this subject; beginning as early as this chapter, he is unafraid of noting where the data doesn’t naturally fit with his contentions. For example, he is quick to point out Prophetic motifs in Deuteronomy itself, and Deuteronomic language in the Prophets. However, this only strengthens his case as, on the whole, the motifs do generally play out just as he suggests. Later chapters will show that these motifs are a very useful way of approaching this subject as they bring clarity and allow us to determine the emphasis of a given text. We’ll see this as we go on.

Sprinkle’s motifs sparked a question for me, one that he didn’t quite answer in this book. Why are these two different motifs of restoration in the Scripture? What should we think about that fact?

Is the OT contradictory; does it disagree with itself on how one is restored to God? As the prophets dwelt on Israel’s exile due to their unfaithfulness to the covenant they realized man was incapable of obedience, hence the Prophetic motif of restoration – God Himself will restore His people. Does this mean the Deuteronomic commands to repentance were in vain? Since the Prophetic scheme recognizes that the sinfulness of man is unable to achieve what the Deuteronomic commands, then why did God even command repentance in the Deuteronomic motif? This question sounds a bit like Paul, no? (Rom 7:7). Or should we see a closer relationship between the Prophetic and Deuteronomic, and if so, how does the relationship play out? Does God’s unilateral/Prophetic restoration cause the Deuteronomic to be fulfilled in the individual? In other words, are the conditional commands in Deuteronomy just bypassed in the Prophetic motif, or are they actually fulfilled? I have my own thoughts on this but would love any comments here!

That these questions are not answered in Paul and Judaism Revisited is not a criticism of Sprinkle or this book, but just an acknowledgement that he raises a number of perplexing questions that are outside the scope of his book. Sprinkle’s reasoning is simply to see that these two motifs are in Scripture, and recognize that Jewish interpreters no doubt grounded their own views in these. This leads us to ask, “did Paul teach restoration/salvation in Deuteronomic or Prophetic terms?” And what about the Qumran community?

Next up we will look at the curse of the law – how did Paul and the Qumran community see hope for Israel’s unfaithfulness to be overturned?

The Structure of Romans: A Comparison of Commentaries