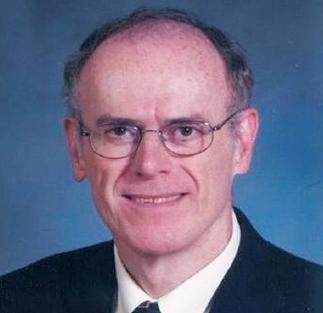 We’re concluding our series on different interpretations of Daniel 9:24-27, and this time we are talking with Dale Ralph Davis, Minister in Residence at First Presbyterian Church, Columbia, South Carolina, and author of many excellent commentaries – some of which we use at CCBCY! Davis is the author of the recent The Message of Daniel in The Bible Speaks Today series.

On the whole, I think Daniel 9:24-27 are meant to function as a positive answer to Daniel’s prayer in Dan 9:1-19; Dan 9:20-23 lead one to expect a positive response. I think that comes primarily in v24, while vv25-27 supply a kind of needed qualifier, namely, that the grand purposes of v 24 are not going to come in any near future. This latter point comes through in other Daniel texts (e.g., ch. 2 and ch. 7) where it is clear that the end of Babylon’s regime is not going to usher in the kingdom of God and therefore, the end of the exile will be the beginning of a long stretch of history in which God’s people must plod on in faithfulness. Walton & Hill (in A Survey of the OT, 3rd ed.) do a nice job of highlighting this latter point.

I don’t think the chronological can be totally eliminated (after all, the weeks assume a starting point with the word or decree). But I’ve backed off from taking the weeks as = 490 years. No matter where one begins them or how one charts them it seems like the calculations have to be gerrymandered some way in order to make them ‘fit.’ I have therefore taken them schematically, in 3 segments:

I prefer to take the ‘going forth of a word’ (Dan 9:25) to be the prophetic word of Jeremiah 29 rather than a royal decree of Cyrus or Artaxerxes I.

I do not think it refers to Jesus.

This is determined for me by my way of taking the syntax of Dan 9:25. I follow the Hebrew accentuation that keeps the 62 weeks separate from the 7 weeks. So the ‘anointed one’ comes apparently near the end of the 7 weeks. Could be Cyrus?

If one combines the 7 and 62, then one is dealing with 69 weeks, and those who take that view might see the Messiah in the anointed one of v25. However, aside from the accentuation, I have a hard time seeing why the writer would mention 62 weeks as apparently distinct when all he really meant was to say 69 weeks. A strange way to say 69.

I don’t know. The events of v 26 are explicitly ‘after’ the 62 weeks, but the text does not expressly affirm that they are therefore in the 70th week. I suppose it could be argued either way, probably inconclusively.

The text (Dan 9:26) seems to indicate after the 62 week segment (i.e., after 69 weeks). To say more, one would have to know the answer to your previous question and I have already confessed ignorance about that and so to remain consistent, I will say no more.

First, I don’t identify the anointed one/leader in Dan 9:25 as the Messiah anyway; second, I don’t think this leader who is coming is the Messiah, but a hostile figure. He makes sacrifice and offering to stop. Elsewhere in Daniel this is a hostile act (Dan 8:11-12; 11:31). This weighs heavily with me & so I can’t follow those who see this as Christ’s positive work a la the Epistle to the Hebrews. This is the work of an antichrist figure. The ‘covenant’ is likewise negative, a regimen imposed by his raw power.

In The Message of Daniel I footnote some resources that have proven helpful to me, often in the sense of helping me to see what the text cannot be saying.

It reinforces Jesus’ warning that the end is ‘not yet’, and therefore I am called to a ‘long obedience’, perhaps through many troubled days for the people of God. And yet this realization is not without encouragement—even in the 62 weeks, “it will be built again…but in distressing times”. Even in distressing times God does not stop supporting his people; so even in such times God is silently proclaiming his victory. That fortifies me, I trust.

As for my overall view of last things (I would be generally dubbed a classical pre-millennialist), I don’t see that my view of Daniel 9:24-27 presents any major rubs.

Possibly writing up expositions of Genesis 12-25; hoping to get back into early chapters of Isaiah soon.

As a last word, one can’t avoid the hermeneutical quandaries Dan 9:24-27 poses. But I find it far more profitable for myself to approach such a passage with the question, “Now how am I going to preach this”? I think this can be lost sight of, especially in a passage like this that sometimes requires major pain relievers just to resolve a barrage of interpretive dilemmas. But the very presence of the text assumes that it is meant to address the needs of the people of God, and until I do that with this text, my work on the weeks will be very weak.

I would like to thank Dale Ralph Davis for taking the time to do this interview on his view of Daniel 9. I hope this series was helpful and informative. Davis’ final words are a fitting conclusion to the series!