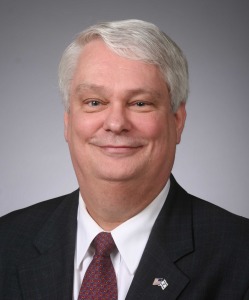 Kicking off our series on different interpretations of Daniel 9:24-27 is an interview with Dr. Thomas Ice of the Pre-Trib Research Centre, a site developed to “research, teach, and defend the pretribulational rapture and related Bible prophecy doctrines”.

Dr. Ice’s answers actually went into far greater detail than what I expected, so I have heavily edited them (with his approval) to fit a single post. Our full-length interview can be downloaded as a PDF here and at the end of the interview.

The overall purpose of the book of Daniel is to show Israel’s remnant that even though the nation was experiencing severe discipline for violating God’s law (Deut. 28; Lev. 26), God is sovereign over all the nations, not just Israel.

The Lord’s intent in revealing the seventy weeks prophecy (Dan. 9:24–27) to Daniel was to provide him and his readers with certainty about God’s ultimate plan for the people of Israel and Jerusalem. The prophecy is intended to show them when the Messiah would arrive in Israel and His rejection at His first coming, but the ultimate victory that will be accomplished by the time of the completion of the final week of years. However, in the intervening time, there will be the continuation of Jewish unbelief and many hardships for Jerusalem and the nation, but Messiah will ultimately triumph over His enemies.

The numbers are to be read chronologically; otherwise, numbers don’t count!

The third decree is the only one that literally fits the exact words of Daniel 9:25. Why? Because decree one and two relate to rebuilding the Temple. Only decree three speaks specifically of Jerusalem.

The exact date of this decree can be determined as March 5, 444 b.c. when adjusted to our current solar calendar. Hoehner has calculated the exact date of Christ’s arrival in Jerusalem fell on the day of Jesus’ triumphal entry into Jerusalem. (See Hoehner, Chronological Aspects of the Life of Christ, pp. 138-39).

The “Anointed One” or “Messiah the Prince” clearly refers to Jesus and His first coming. This is usually not debated by evangelicals, certainly not by dispensationalists. Daniel 9:25 was completely fulfilled at the first coming of Jesus. However, the basis for a postponement of the seventieth week of years is found in verses 26 and 27, not in verse 25.

The text says, “Then after the sixty-two weeks.” In other words, after the seven plus sixty-two weeks, which equals a total of sixty-nine weeks of years (483 years total). The Hebrew text uses a conjunction combined with a preposition, usually translated “and after,” or better in this context, “then after”. Jesus would be crucified after completion of the seven and 62nd week, but before the beginning of the 70th week mentioned in the next verse (9:27).

For this to take place in accordance with the biblical text it requires a gap of time between the two time periods. There is no other way to put together this material into a chronological sequence than seeing a postponement in time of the 70th week.

None of the events specifically said to occur during the 70th week have taken place. Continuous fulfillment advocates must make the seven-year covenant mentioned in verse 27 between Christ and the church, while in reality it will be made between Antichrist (who was introduced as the fourth beast in Dan. 7) and the nation of Israel. Since this covenant is broken in the middle of the week (i. e., after three and a half years) their view means that Christ made a covenant that He then breaks. Not only is there no covenant mentioned that Christ made at His first coming; what biblically thinking Christian could conceive of a covenant that Jesus would break at any time? The language of verse 27 just does not fit what we know of Christ’s first coming as clearly recorded in the Gospels.

Since verse 24 includes the promise to Israel and Jerusalem “everlasting righteousness,” this is clearly something that has yet to occur and will be implemented at the second coming during the millennium.

Perhaps the best way to determine the identity of this prince is to first look at what he is prophesied to do at his arrival upon the stage of history. The people of this coming prince will destroy the city, clearly a reference to Jerusalem because of the overall context, and also the sanctuary. Jerusalem and the Temple were destroyed in a. d. 70 by the Romans.

The Hebrew grammar of the passage is not described as the prince coming with the people, but instead, as one who is coming. This suggests that the people and the prince will not arrive in history together. Apparently this passage is stated this way so that this prophecy would link the Roman destruction with the a.d. 70 event, but at the same time, set up the Antichrist to be linked to the final week of years to the first “he” in verse 27.

Also, my www.pre-trib.org website has many articles that deal with, touch on, and relate to the seventy weeks of Daniel prophecy.

Knowing that God has provided a prophetic outline and timetable for many future events gives me confidence that even though things appear to be “going to hell in a hand-basket” God is still in control of history and is calling His elect through the preaching of the Gospel no matter what may happen in history. This gives me the optimistic confidence to preach the Gospel knowing that our Lord is calling many to faith in Christ, just as He worked in the days of Daniel, even though in captivity.

he seventieth week of Daniel as a future time is provides the basis and support upon which much of my eschatological views are based. It supports a future for national Israel and helps me realize that God is working with the modern state of Israel in a way that will include things like a rebuilt Temple in Jerusalem that will accommodate the abomination of desolation at a future time. This passage provides the basis for a future seven-year tribulation as reflected in Revelation 11 and 12. It provides the basis for understanding the tribulation as expounded upon by other passages such as Zechariah 12—14; Matthew 24; 2 Thessalonians 2; Revelation 4—19. A great deal is at stake involving one’s view of this passage.

I am writing a book with Ed Hindson for Harvest House Publishers to be entitled Charting the Bible Chronologically. It will be released some time in 2016.

I am also working on a book on the history of the rapture, and contemplating a book defending Christian Zionism as biblical.

Many thanks to Dr. Ice for taking the time to do this interview. Be on the lookout for another interview next Monday! Download this entire interview as a PDF.