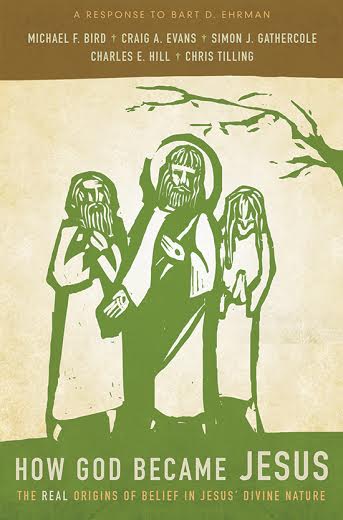 This allows me to take my time getting though both books, but I can still post about them regularly. My concern is that I am just another blogger. In addition to the five fine scholars in How God Became Jesus, evangelical scholar Andreas Köstenberger has already reviewed How Jesus Became God for The Gospel Coalition, and others more qualified than me will follow suit. So what can I bring to the table? So I hope this approach will be somewhat unique.

Anyway, since I summarized Ehrman’s book, here’s Bird (& co)’s outline. I’ve not included the five excursus as they are attached to their relevant chapters.

I will begin posting my way through the book as time allows, and I welcome comments!

[Many thanks to Zondervan for providing a copy of How God Became Jesus in exchange for a balanced review.]