In Balaam’s prophecy over Judah, he says the following:

Water shall flow from his buckets, and his seed shall be in many waters; his king shall be higher than Agag, and his kingdom shall be exalted.

Many interpreters understand David as the fulfilment of this prophecy, considering that he did what Saul did not: defeat Agag (1 Sam 15:8-9). As the lion of the tribe of Judah, Jesus certainly fulfils the entirety of the prophecy (exactly how is debated: direct fulfillment, dual fulfillment, typology, etc), but what if this this is exclusively a prophecy of Jesus, and not David at all. 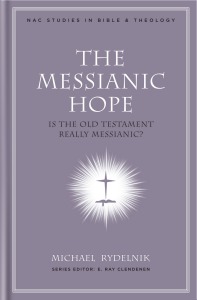 Rydelnik notes that there is a variant reading of this verse in other manuscripts (Septuagint, Samaritan Pentateuch, and others) that reads “Gog” in the place of “Agag”. As Rydelnik summarizes, “[a]ccording to this reading, Balaam foresees a king from Jacob who would be exalted over Gog, the end-time enemy of Israel (Ezek 38:3)” (p38). If true, this changes things significantly! Balaam wouldn’t be predicting David, but Jesus!

As an aside, the case for details in Num 24 referring to Jesus and not David does not entirely depend on accepting Rydelnik’s text-critical conclusions. However, if true, this could settle the case.

Despite the widespread nature of the variant, I couldn’t find a modern English text that prefers the “Gog” reading over “Agag”, so what arguments does Rydelnik give?

Rydelnik concludes that we should take the Septuagint as the original reading: “in an obscure verse in the Torah, it appears that the variant readings point to a future, glorious, Messiah with an exalted kingdom, not merely to King David” (p39).

Now, though I am sympathetic to Rydenik’s concerns, a closer look reveals that some of Rydelnik’s arguments may not be as compelling as they first appear.

In his A New Testament Biblical Theology, Beale makes a good case that the “in the latter days” phrases should be read synoptically to refer to the time of the Messiah, so if true, that would overturn my first objection. However, I’m not sure how 2-4 could be answered. But I could certainly be wrong; is Rydelnik on to something here about Gog?