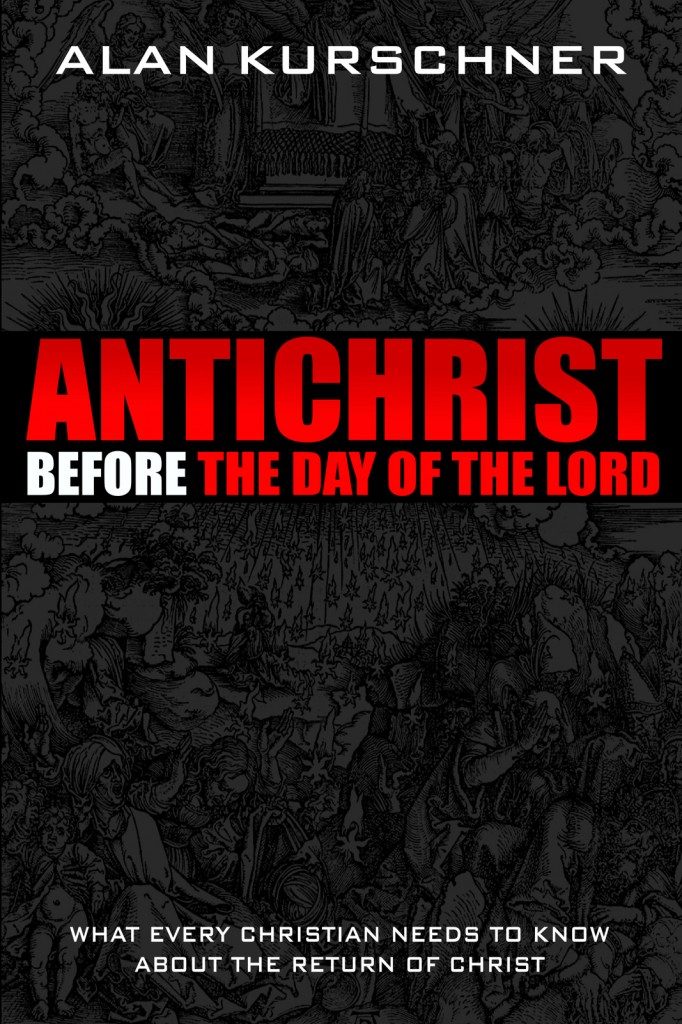 Antichrist Before the Day of the Lord

Kurschner presents a Prewrath perspective that “makes an important biblical distinction between the events of the Antichrist’s great tribulation and the day of the Lord’s wrath.” (loc 189). Integral to this system is recognizing a three-stage end-times sequence, which matches the book’s outline.

In chapter 1, Kurschner defines the great tribulation as a time where the Antichrist makes a seven-year covenant with Israel that he then breaks at the mid-point (Dan 9). He then synchronizes this with the Olivet Discourse (Matt 24 and parallels), 2 Thess 2:1-10, Rev 6, and Rev 13:1-18. Key to the Prewratch position is that these passages describe the future experiences of believers. These teachings show that the church must undergo a period of intense persecution in which “we are called to persevere in faith” (loc 828).

Immediately following the Rapture is the Day of the Lord’s wrath, and chapter 3 is devoted to the latter. Kurschner provides a thorough summary of the OT presentation of the Lord’s “day” of wrath, and the Bible’s depiction of the moral state of the world when it receives judgment. According to Kurschner, the seventh seal in Revelation initiates this time of wrath (with the church being raptured in Rev 7) with the trumpets and bowl judgments and Armageddon. Following this is the 1,000-year reign (Rev 20) and New Creation (Rev 21-22).

Want more? How is Six Appendices For You?

Following the book proper, Antichrist Before the Day of the Lord ends with six helpful appendices:

Readers will especially want to delve into #2, #4, and #5, as they particularly provide additional support to Kurschner’s argument.

Eschatology is hardly the simplest of topics, so I find myself impressed with Kurschner’s ability to produce such a readable and concise book that covers so much dense territory. What’s more, his argumentation is well-reasoned and compelling. Additionally, numerous tables and charts are legible and helpful.

However, some of this concision is due to important presuppositions laying the foundation of the project. For example, after Kurschner explains the different interpretive schemes of preterism, idealism, historicism and futurism, he offers simply states without argumentation that, “my approach is futurist” (loc 162). What’s more, though I am not sure if Premillenialism is essential to Prewrath, it is also never defended. Most problematic for me was that his particular reading of Daniel 9:24-27 was also undefended. This passage is foundational for the whole Prewrath system (e.g. a future 7-year period, an Antichrist making a covenant with Israel), but Kurschner’s interpretation is not self-evident. The passage is complex and numerous interpretations are possible; several of which are entirely inconsistent with Kurschener’s system.

I believe these are assumed because Kurschner rightly expects the majority of his readers will be holding a Pre-trib perspective, and on these above points, they would be in agreement. However, for a book that begins with, “[t]his book is what every Christian needs to know about the return of Christ” (loc 129), I am sure that those of vastly different eschatological foundations will be unable to track very far with the argument.

For the multitudes holding a Pre- or Post-Trib scheme, or others willing to grant some early assumptions as Kurschner builds his argument, this is a compelling book that makes sense of a huge amount of complicated end-times texts. The Prewrath system deserves a hearing, and Kurschner is a fresh, articulate, and energetic spokesperson for it. I highly recommend his podcast, as it tackles individual building topics in a systematic way. Antichrist Before the Day of the Lord comes highly recommended to anyone interested in the Prewrath view, or a cohesive presentation of end-times texts. I suspect that many Pre-Tribbers will read this and be convinced, and given the quality of argumentation and clarity of writing, it’s not hard to see why.

Buy Antichrist Before the Day of the Lord from Amazon

With thanks to Alan Kurschner for providing a Kindle review copy. Disclosure of Material Connection: I received this book free from the publisher. I was not required to write a positive review. The opinions I have expressed are my own. I am disclosing this in accordance with the Federal Trade Commission’s 16 CFR, Part 255 (http://www.access.gpo.gov/nara/cfr/waisidx_03/16cfr255_03.html): “Guides Concerning the Use of Endorsements and Testimonials in Advertising.”