Was the Garden of Eden the First Temple? 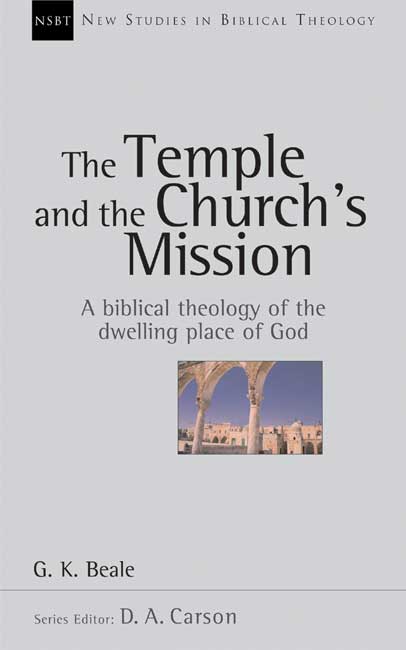 From Adam’s fall, mankind has longed to be restored to the relationship with the LORD that he experienced in the garden. Due to this central desire, it doesn’t seem far-fetched to see future temples as designed to reflect the Garden of Eden, the fall, and the desire for a restoration to the garden paradise.

The feasibility of identifying the tabernacle and temples of Israel with the Garden of Eden is a fairly recent discovery for me, so I thought it might be beneficial to list some of the evidence in favour of such a conclusion. Most of this will be drawn from G. K. Beale’s amazing book The Temple and the Church’s Mission (see my overview here).

This was very persuasive for me and I’d even say the concept helped me see the whole storyline of the Bible in a clearer way.

The unique dwelling place of God

God is described as ‘walking’ in the garden in Gen 3:8, most likely a regular occurrence that Adam and Eve experienced before being cast out as a result of their sin. God’s presence was experienced in a unique way in the garden.

This same language of ‘walking’ (using the same Hebrew word) is used elsewhere to describe the LORD’s presence in the tabernacle and temple:

I will make my dwelling among you, and my soul shall not abhor you. And I will walk among you and will be your God, and you shall be my people.

The LORD God took the man and put him in the garden of Eden to work it and keep it.

When these two Hebrew words are used together elsewhere in the OT they exclusively refer to Israelites serving God and keeping His commandments and also priests ‘keeping’ the ‘service/charge’ of the tabernacle.

G. K. Beale summarizes the implications, “the writer of Genesis 2 was portraying Adam against the later portrait of Israel’s priests, and that he was the archetypal priest who served in and guarded (or ‘took care of’) God’s first temple” – Beale (68).

But how did the priests’ ‘guarding’ relate to Adam? Adam was to keep the ‘temple’ free from unclean things like the Serpent who tempted him to disobey God’s command (Gen 2:16-17; Gen 3:1-7)! As the first priest guarding the holy place of God, Adam ought to have cast out the unclean Serpent.

Cherubim and the Lampstand

When Adam and Eve were cast out of the garden, the LORD placed cherubim at the entrances “to guard the way to the tree of life” (Gen 3:24).

The lampstand placed directly outside of the holy of holies is possibly designed to appear as a tree, with seven branches coming off a single trunk. Exodus 25:31-36 describes it with tree-like imagery including flowers, calyxes, branches, and almond blossoms. It’s probable that the lampstand was designed this way to point to the tree of life in the Garden. 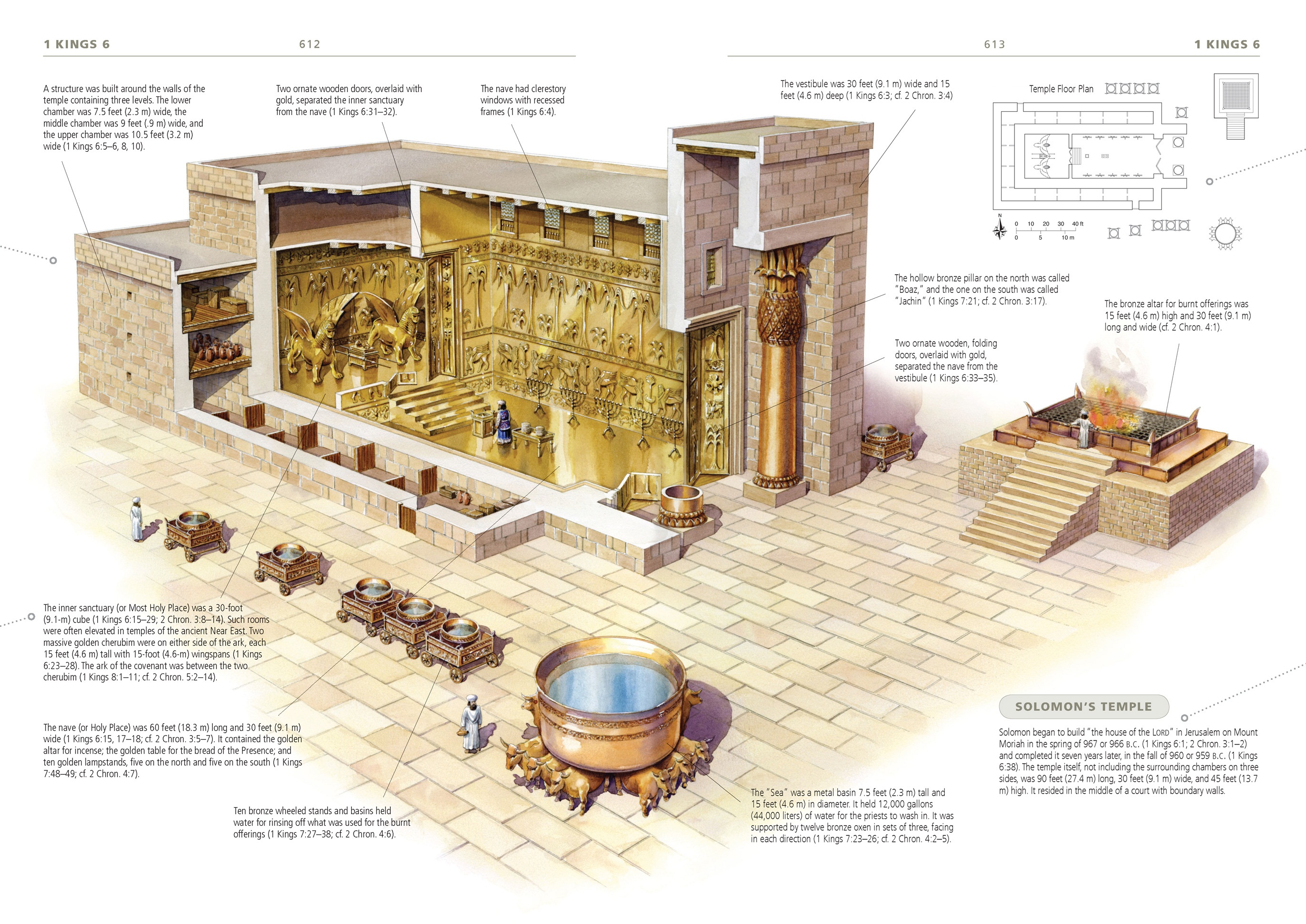 This image from the ESV Study Bible paints a strong visual picture of the cherubim guarding the holy of holies, including lampstands surrounded by images of trees.

A river flowed out of Eden to water the garden

So also in the descriptions of end-time temples in Ezekiel 47:1-12 and Revelation 22:1-2 we find rivers flowing from the centre. The river flows “from the throne of God and of the Lamb” (Rev 22:1).

The Entrance to the Garden

Threefold Separation of the Temple

Israel’s temple was separated into three parts of increasing holiness: the outer court where all were welcome, the holy place where the priests worked, and the holy of holies where God Himself dwelt.

Therefore we can identify the world that Adam was to cultivate (Gen 1:28) with the outer court, the garden with the holy place where Adam was to work (Gen 2:15), and Eden with the Holy of Holies.

If the tabernacle and temples were indeed designed to point back to the garden of Eden then forefront in the worship of Israel was the desire to have a restored relationship with God; a relationship like that of Adam’s. It is no surprise then that Revelation 21-22 describes our future consummated experience both with Edenic and temple terms. What was lost in Adam is restored in Christ and will find its consummation in the new heavens and earth!

Please comment with your thoughts about this whole concept.

Lindsay
Books, Theology
G. K. Beale, The Garden of Eden, The Temple, The Temple and the Church's Mission

Kingdom through Covenant: The Reviews