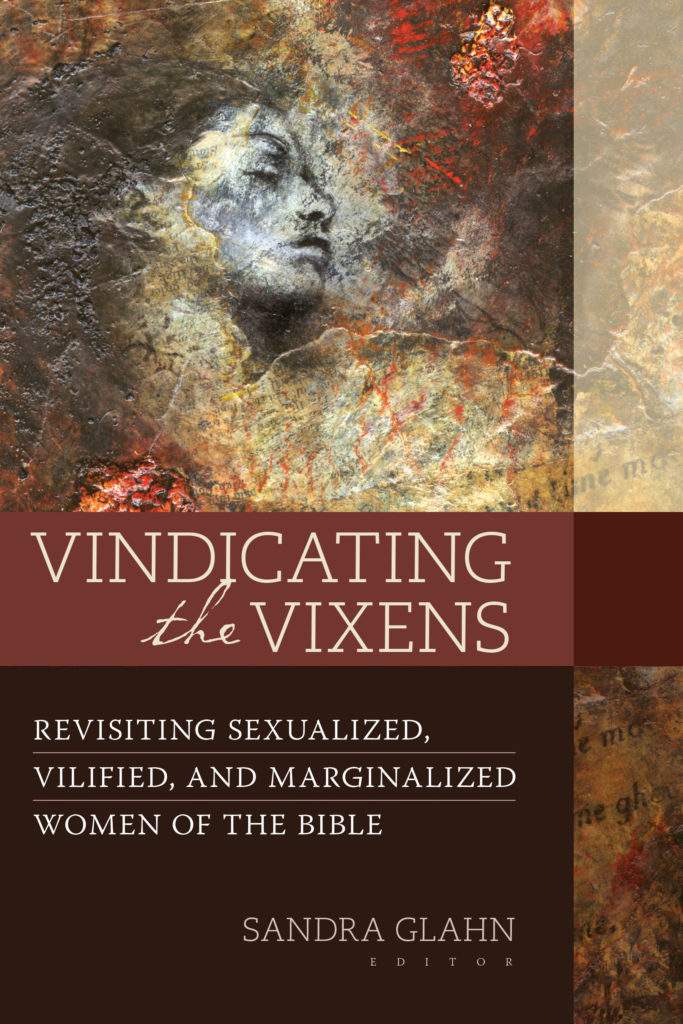 It’s sadly all too common to see the women of the Bible given a bad rap in sermons and popular Christian books. Often, the women of Jesus’ genealogy are portrayed as “bad girls” who are included as examples of God’s scandalous grace towards sinners. But are these assumptions correct? Do our modern Western assumptions lead us to misunderstand the Biblical texts? Do we owe these women an apology? VVindicating the Vixens attempts to reexamine the often misunderstood women of the Bible. To achieve this end, Sandra Glahn has gathered a diverse range of female and male scholars from different nationalities, ethnicities, traditions, and even perspectives on women in ministry, who all nonetheless agree we must “revisit what the Scriptures say about some Bible women we have sexualized, vilified, and/or marginalized” (p16).

Vindicating the Vixens is broken into three main sections. The first section considers the women of Jesus’ Genealogy:

The second section considers women who have been “sexualized, vilified, and marginalized” (p. 11):

With each woman, popular (and at times, scholarly) misconceptions are addressed and corrected. Usually this involves a better understanding of ancient history and/or the literary context of the given passage.

The selection of women is solid, though I do think a chapter on the Shulamite would have been beneficial, as there are some popular teachings of the Song of Songs that present her in a negative light.

While every chapter cannot be summarized, a few will be highlighted.

Tamar is often misunderstood in a negative light for her actions with Judah. However, a proper understanding of patriarchy, Levitical laws, and women’s social status and limited agency in antiquity all provide a far better understanding of why she is properly understood as a righteous woman acting in faith.

Revisiting Bathsheba is particular relevant in light of #metoo and #churchtoo trends. This story is often read as a mutual marital affair of two responsible adults; sometimes even worse, of Bathsheba seducing David. However, a close reading of the text, with a better understanding of ancient contexts and customs and a modern definition of rape change the story significantly, revealing Bathsheba to be victim to an abuse of power.

Rather than an example of how to evangelize (pointing out one’s sin), Jesus’ reference to the Samaritan Woman’s many husbands is far from a slight upon her character. As a woman, she could not have initiated divorce, let alone five. Rather, Jesus was moved with sympathy towards her extreme victim-hood and loss.

In exposing the misrepresentation of women, one must not misrepresent opponents. It seems to me that Glenn Kreider’s chapter on Eve falls into this trap. Kreider aims to push back on the assumption that Eve misled or tempted Adam to sin. As such, she becomes a prime example of the easily deceived wife character that husbands must not heed. While Kreider’s goal is noble, it seems he misrepresents others as buying into this view. For example, he quotes John Piper as saying that women have the power to tempt men sexually. Experience, not to mention Proverbs, proves this to be true. Kreider sees Piper and others exemplifying this wrong view of Eve, but his use of quotes reveals an uncharitable overreading. None of his quoted interlocutors accuse Eve of tempting Adam. In fact, they very much hold Adam accountable for his actions. Later, he refers to Piper as a “Calvinist pastor-theologian” (p139) and Matt Chandler as “[a]nother Calvinist pastor” (p140). Calvinism does not require complementarianism, and certainly not chauvinism. So why mention their Calvinism? Thankfully, Kreider’s chapter is not indicative of the entire book.

If we are to be faithful interpreters of the Bible, we must revisit our teaching on these women. Vindicating the Vixens is addressed to a wide readership and even contains study guide questions at the end of the chapter. This would be an ideal book for a group study (not simply a women’s study). Misrepresenting the women of scripture must cease and Vindicating the Vixens goes a long way to correcting this.

Buy Vindicating the Vixens on Amazon and support MDS

Many thanks to Kregel publishers for providing a copy in exchange for a fair review.

An Update on My Review of Salvation by Allegiance Alone