Tom Schreiner Interview: The King in His Beauty 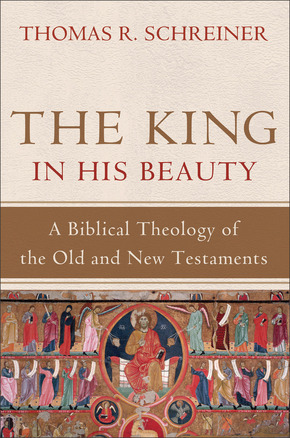 I’ve already mentioned my excitement over upcoming release of The King in His Beauty (Jun 2013) and adding fuel to the fire, I had the honour to ask Dr. Thomas Schreiner a few questions about this book. His responses were very thought provoking and have raised my expectations for this book to new heights.

For more information about Tom Schreiner and his books and some free articles and reviews, see his page at Southern Baptist Theological Seminary, where he teaches.

I planned to send Schreiner only 5 questions but had so much to ask that I ended up with 9! He graciously responded to them all. Here’s the interview.

In an interview on your then-upcoming New Testament Theology (released 2008), you said, “I don’t know if I have the energy to write a whole Bible theology”. What changed? What motivated you so much to undertake such an overwhelming task?

After I wrote the NT Theology my energy was depleted for writing on a more cosmic scale. In the meantime I took on my other writing love, i.e., I wrote a commentary on Galatians. After writing Galatians, I felt ready to tackle the whole Bible theology. Right after I wrote my Pauline theology I didn’t have the energy to do a NT theology and wrote a commentary on 1-2 Peter and Jude.

So, I guess I followed the same pattern in writing the whole Bible theology.

From looking at the Table of Contents, it appears that you have tackled each Biblical book individually, rather than taking the thematic approach in your Pauline and New Testament Theologies. What made you favour a canonical approach for this book?

I argue that there is no single right way to write a biblical theology, for the subject matter (God and his relationship with us) transcends our understanding. I believe, then, that a whole Bible theology or a theology of Paul could be written from a number of different angles.

One of my goals in my biblical theology was to guide quite specifically by the contents of the books in question. I think a book by book approach made it easier to follow the story line (especially in narrative books and especially in the OT).

Some scholars (such as Jim Hamilton) find thematic and theological strength in following the Hebrew order of Old Testament books rather than the order we currently have in our English Bibles. Did you consider using this order for your book and if so, why did you choose against it?

Following the Hebrew order can be illuminating, but I agree with Brevard Childs who said that we shouldn’t put too much weight on the order of the books. Childs maintains that we can fruitfully do biblical theology from both the Hebrew and the Greek order, and there are too many “unverified assumptions” on the part of those who insist on the Hebrew order. I followed the order we have in our English Bibles, for that is the Bible most readers actually use.

Baker’s website says you focus on three themes in this book: God as Lord, human beings as image-bearers, and “the land or place in which God’s rule is exercised”. Could you unpack this third theme a little?

God as creator is Lord over the entire world he has made. He put Adam and Eve in the garden as his vice-regents. They were, in dependence upon God, to exercise wise stewardship over the garden. When they sinned, their sin didn’t only affect themselves. Our relationship to the world changed, for the earth fell along with human beings. Now thorns and thistles grew, making labor arduous and boring. The world was subject to futility (Rom 8:18-25).

God promised that he would reclaim the world through the offspring of the woman. The Bible tells us the story of how this was done.

The Lord began with Abraham who was promised the land of Canaan. Through Israel the land of Canaan was to be like the garden, a place where the Lord exercised his rule over his people. Israel recapitulated in a sense the sin of Adam and Eve, and so just as Adam and Eve were cast out of the garden, they were exiled from Canaan. Still, God’s promise to bless the whole world through Abraham was not withdrawn.

In the NT we see that the blessing for the world becomes a reality through Jesus Christ. The promise is no longer limited to Canaan, but now embraces the whole world, the entire universe (Rom 4:13). The New Jerusalem is the new heavens and new earth. The whole cosmos is God’s temple in which he dwells.

God’s rule begins in a garden but ends in a city: in a renewed universe over which the Lord reigns.

How did you go about preparing to write this book? 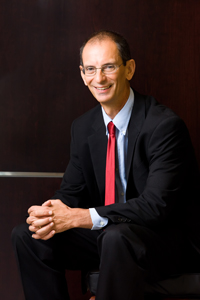 I began by studying each book inductively and then I wrote up the entire book. After finishing the rough draft, I revised it. At that point I spent a significant amount of time reading secondary sources and integrated them into the book. I learned so much from what I read, but I am keenly aware that there is so much more that could be done!

Many struggle to find a place for the OT Wisdom Literature in redemptive history. What roles do you see books such as Ecclesiastes and Job playing in the overarching story of the Bible, and how do you treat them in this book?

I think the main theme of Job, Ecclesiastes, and Proverbs is: the fear of the Lord is the beginning of wisdom. Those who live under God’s rule fear him. All three books emphasize that one must fear God and keep his commands.

Job and Ecclesiastes remind us of a very important truth. God’s wise rule over the world isn’t clearly evident in this life. Life is full of frustration. We can’t make sense of it, for many seemingly irrational and absurd things happen. Wisdom acknowledges our inability to formulate an exhaustive answer to the agonizing sufferings and to the blatant unfairness that characterize human existence. We are to fear God and to obey him, but that doesn’t mean we have all the answers. It doesn’t mean that everything in life makes sense now.

Both Job and Ecclesiastes emphasize God’s sovereignty, but they warn us about the danger of thinking that we understand the totality of God’s plan.

What effect has preparing and writing this book had on you?

I saw the greatness of God. His plan for the world is gracious, wise, and just. Perhaps the most important thing, though, was the reminder that our hope and our joy is seeing the king in his beauty. What makes life worth living is seeing God, knowing God, and loving God. My heart was often thrilled as I saw the loveliness and beauty of God in Jesus Christ trough my research and writing.

What do you hope readers will take away from this book?

I hope the book is accessible to readers who want a grasp of the overarching story. I hope they will see more clearly the whole counsel of God, and they will be helped to read each book in the context of the entire storyline found in the Scriptures.

If I may be cheeky and ask one more: do you have any projects on the horizon that you can tell us about?

I am working on a commentary on Hebrews in a new series coming out from Broadman & Holman, which focuses on biblical theology.

Also, I am co-editing a book with Ben Merkle on church government. The book is similar to the book on baptism (coedited with Shawn Wright) and the Lord’s Supper (coedited with Matt Crawford).

Dr. Thomas Schreiner is James Buchanan Harrison Professor of New Testament at Southern Baptist Theological Seminary. You can read another interview on The King in His Beauty at Credo Mag.

Could God be rid of the Trinity?

A bit of a distraction