As I mentioned in my previous post, I am working through two chapters of Zondervan’s Four Views on Hell: Eternal Conscious Torment (Denny Burk) and Terminal Punishment (John Stackhouse). See my previous post on Burk’s chapter. 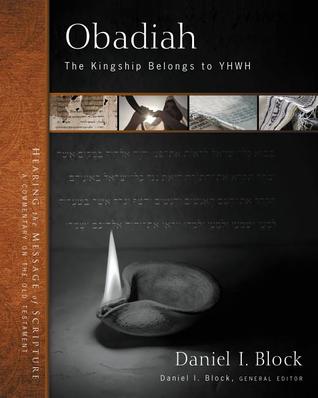 The little book of Obadiah is much like Macaulay Culkin in Home Alone: destined to be forgotten, being the most minor of the minors (prophets, that is)! In fact, Obadiah is the least read book of the Bible. This is why I was so glad to read and review a commentary on it! Maybe I’m a sucker for the underdog, but if you hold to a high view of Scripture then surely the least popular book of the Bible will also be one of the most underestimated and one that rewards close study.

» Read the entire post: Review: Obadiah by Daniel I. Block (Hearing the Message of Scripture)  »

I’m continuing to work through Ehrman’s How Jesus Became God and Bird’s (et al.) How God Became Jesus. You can find each part in the series here. Now we’re turning to the Christology debates in the early centuries.

I’m continuing to work through Ehrman’s How Jesus Became God and Bird’s (et al.) How God Became Jesus. You can find each part in the series here.