Psalm 80: the Most Neglected Messianic Psalm? 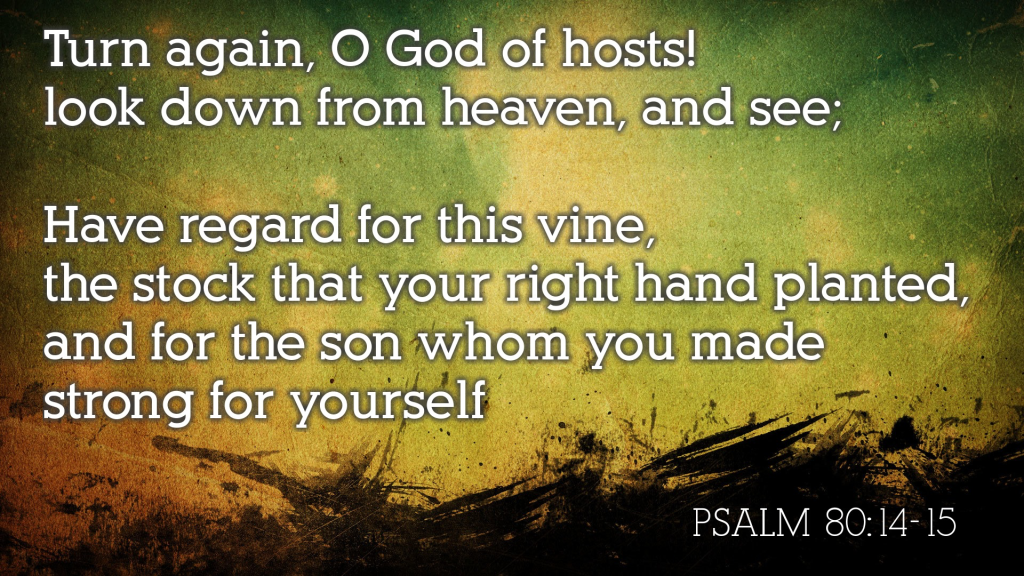 In The Vine and the Son of Man (my review), Andrew Streett reveals Psalm 80 as an overlooked but important contribution to the Messianic portrait in both the Old and New Testaments. He considers the role of the Psalm within the Psalter, as an influence behind Daniel 7, its interpretation in Second Temple and Rabbinic Judaism, and then the New Testament in Mark’s Gospel, the Parable of the Wicked Tenants (Mk 12) and Jesus’ true vine discourse in John 15.

In this post, I want to focus on some of Psalm 80’s connections within the Psalter that develop Messianic expectation.

Andrew Streett identifies five unique contributions that Psalm 80 makes to the messianic profile in the Psalter.

Psalm 80 and the King

In addition to presenting unique messianic features, Psalm 80 also is connected to other key messianic Psalms.

Along with Psalm 1, Psalm 2 establishes the key themes of the Psalter. Psalm 2 anticipates an anointed coming king (Ps 2:2) who the Lord will establish (Ps 2:6) and who will subdue foreign nations and rule the world (Ps 2:8). As the king, he is in a father-son relationship with YHWH (Ps 2:7; 2 Sam 7).

Psalm 8 is probably not directly about the king, but rather about mankind’s role as kings over the earth. In Psalm 8, the synonymous parallelism, a common feature in Hebrew poetry, identifies the “son of man” with “man(kind)” (Ps 8:4). “Son of man” is a common expression for mankind elsewhere in the OT. However, Psalm 80 is about the king, and he is called “son of man” (Ps 80:17). Why is this? Following the imagery of Psalm 80, by the king restoring the garden and defeating the beasts (symbolic for foreign nations and possibly evil divine beings), he would restore God’s Psalm 8 creation order. Given the creation theme of Psalm 8, the connection is clear.

Within Book II of the Psalter, Psalm 72 sets forth the picture of the ideal king. He is either expected to be Solomon, or the Psalm is written by Solomon (depending on how one translates the first verse). Either way, Solomon, the greatest of Israel’s kings, does not meet the Messianic hope. One of the hopes for the king would be that he rules over the whole earth (Ps 2:8). Psalm 72:8 presents this hope also, and Psalm 80:11 alludes to it.

Beyond the Psalter, Psalm 80 appears to have influenced Daniel 7 and New Testament teaching of Jesus. It is surprising that this Psalm is so often overlooked considering its unique contribution to the Messianic hope, and even moreso given its connection to other Messianic Psalms!