This is the second of three interviews on different perspectives on the rapture. In this post Alan Kurschner of Eschatos Ministries is representing the pre-wrath rapture view. 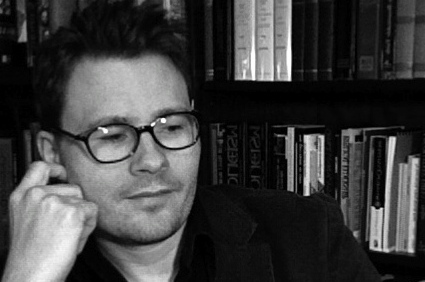 The Pre-Wrath Rapture: An Interview with Alan Kurschner

My first interest in eschatology was as a young non-Christian (even though I grew up in a very conservative Christian background). The Spirit placed a vexing question deep in my soul about what the meaning of life was all about. At that time, I was introduced to a couple of books on eschatology that answered this deep question: Jesus is the meaning of life. He is Lord of the universe, past, present, and the future. So this connection with salvation is when I first became interested in eschatology.

What are the distinctives of your position?

The pre-wrath position makes a very important distinction between the Antichrist’s great tribulation, which will be directed against God’s people, and the event of the day of the Lord’s wrath, which will be directed against the ungodly. The great tribulation will happen first, and at some unknown day and hour those days of persecution will be cut short with the return of Christ (Matt 24:22). The Lord will come down to the clouds to resurrect the dead-in-Christ and rapture together those believers who have survived up to the coming (parousia) of our Lord (1 Thess 4:15­–17). Immediately after the rapture, the Lord’s wrath will begin to be executed against the ungodly, displayed in the systematic judgments of the trumpets, bowls, and the battle of Armageddon (Matt 24:29–31; 1 Thess 5:1–11; 2 Thess 1:5–12; Rev 8–9; 15–16).

In the post-tribulational schema, God’s people immediately descend to earth after they were just caught up to the clouds in the rapture. The pre-wrath position, instead, affirms that after the rapture the Son will usher his redeemed people before the throne of the Father in heaven (John 14:2–3; 2 Cor 4:14; Rev 7:13–15; Isa 26:19–21). And only after the completion of the series of judgments on earth will God’s people then descend to earth in the New Jerusalem.

(See my addendum at the end of these questions for a brief explanation of the term “parousia.”)

You once held the pre-tribulational position, why do you not hold it today?

I grew up in an Independent Fundamental Baptist tradition, where pre-tribulationalism and its concomitant “imminence” (i.e. any moment rapture) was a touchstone of fellowship. To deny this tenet seemed to be tantamount to denying the virgin birth. I am encouraged, however, that in the past couple of decades more IFB pastors are challenging this tradition and (rightly) affirming the pre-wrath interpretation on the second coming.

It was about five years after I left the IFB tradition that I begin to reexamine pre-tribulational teachings. Consequently, the main reason I do not hold to pre-tribulationism today is that it lacks biblical support. I agree with pre-tribulationism that God’s people will be raptured before the day of the Lord’s wrath, since believers are promised protection from eschatological wrath (1 Thess 5:9).

The pre-wrath and post-trib views have affinity with each other since both agree on the fundamental tenet that the last generation of the church will face the Antichrist’s persecution. I frequently hear that “pre-wrath is a modification of the mid-trib view.” This is not the case. If anything pre-wrath is a “modification” of the post-trib view (or vice versa). Moreover, it is more accurate to say that the mid-trib view (a basically defunct view today) is a variant of pre-trib, because both of these views agree that (1) Christ can return at any moment, and (2) the church will be raptured before the Antichrist’s great tribulation (some mid-tribs, admittedly, may want to nuance this).

The question remains, why not ‘go all the way’ to post-trib? For sake of space, I will give an outline of at least four key disagreements that pre-wrath has with the post-trib view.

What are key passages that you believe best represent your position?

I also see Jesus’ Olivet Discourse as a key passage that supports the pre-wrath position. It depicts all the key elements: the Antichrist’s great tribulation, cutting short of the great tribulation, celestial disturbances, Son of Man’s return to the clouds, rescue of God’s people, and the impending wrath of God.

I would argue, as well, from the book of Daniel and Revelation, but the former two passages, in my view, form a strong case for the pre-wrath position.

What role does Daniel 9 have in your understanding of the timing of the rapture?

I do not see Daniel 9 informing a particular eschatological sequence vis-à-vis the rapture question (but I do in Daniel 11:36–12:4). There are at least two points that Daniel 9 informs us on: (1) There will be a future seven-year period during which time key events will unfold, and (2) the fulfillment of the salvation of Israel will happen when the seven-year period is complete.

Do you hold to a form of dispensationalism, and how does that affect your view?

If I were to place myself within a biblical-theological camp, particularly on the issue of the kingdom of God and the question of Israel’s future (and present) role, I would have some affinity with progressive dispensationalism (Bock and Saucy), and some hybrid of Kaiser. To be sure, one does not have to hold to progressive dispensationalism in order to affirm pre-millennialism and a future reconstituted national Israel (e.g. Michael Brown).

I would affirm that God has worked with both Israel and the church at the same time in the past; he works with both at the present time; he will work with both at the same time just before the second coming of Christ. I also affirm a future reconstitution of national Israel back in their land when the Lord returns. The future kingdom in the millennium (and beyond) will possess one people of God; yet it will be characterized with, to name a few aspects, ethnic, social, and political diversity.

What unique practical implications do you see in your view? How does your understanding of the rapture affect your life?

Jesus ominously warns believers, “See, I have told you beforehand” (Matt 24:25). This is not a cliché, but a real warning to God’s people. The great tribulation will be a concrete event occurring in the future just before the Lord returns. Jesus says it will be characterized by martyrdom, hatred, apostasy, betrayal, deception, and lawlessness. So much so that he says, “such as has not been from the beginning of the world until now, no, and never will be” (Matt 24:21). To be sure, if we do not experience this event in our lifetime, there are important faith-principles that can use to apply to our lives in the present time.

Since God has ordained that the last generation of church will experience this event before she meets her Rescuer bride-groom, should this not be an urgent warning for the church? The temptation during the great tribulation to capitulate to persecution, false teaching, and slothfulness will be intense. There will be two imperative duties for the believer during the great tribulation: to overcome the adversity through faith and to encourage the fellow believer to do the same.

One final implication is saliently portrayed in the angelic warning not to take the beast’s mark, lest they suffer eternal punishment in hell (see Revelation 14:9–12).

God perseveres the faith of his people through concrete warnings, so it is incumbent on Christian leaders not to dismiss these eschatological warnings for their people that God has entrusted to them. So the practical implications for the basic correct interpretation are sober for the believer.

What resources would you recommend to someone wanting to study the pre-wrath position more?

I would point readers to my book Antichrist Before the Day of the Lord: What Every Christian Needs to Know About the Return of Christ. Another helpful work is Alan Hultberg’s pre-wrath contribution in Three Views on the Rapture: Pretribulation, Prewrath, or Posttribulation, 2nd ed., ed. Alan Hultberg (Grand Rapids: Zondervan, 2010).

An addendum on the term “parousia”

I want to give a brief explanatory note for the Greek noun behind the word “coming,” which is parousia, meaning “an arrival and a continuing presence.” It is the term behind the expression “second coming” or “second advent.” The Lord’s second coming (parousia) will be a comprehensive-complex whole. In other words, it will not be a simple, instantaneous event as the rapture will be. Instead it will span various events that will fulfill divine purposes.

We can illustrate this by looking at Jesus’ first coming. When we think of this event, we do not think exclusively of his birth. His birth was his arrival, but his subsequent presence included his upbringing, teaching ministry, miracles, discipleship, death, burial, and resurrection. It was a complex whole that God used to fulfill his purposes. Similarly, the second coming will begin with Jesus’ arrival in the clouds to resurrect the dead and rapture them along with believers who are alive at that time (1 Thess. 4:13–18). The biblical writers often emphasized the arrival aspect of the parousia because they wanted to induce godly living in their listeners. But it would be a mistake to think they viewed it as limited only to Jesus’ glorious appearing in the sky to resurrect the dead and rapture all believers. This is because his subsequent presence (parousia) will encompass major events such as the day of the Lord’s wrath, bringing the remnant of Israel to salvation, and reclaiming his earthly regal-rule, which will extend into the millennium. In short, Christ’s parousia will be realized in his delivery of God’s people, judgment upon the wicked, and reign over the world.

Alan Kurschner is director of Eschatos Ministries, which is dedicated to teaching biblical prophecy from a futurist, premillennial, prewrath perspective. www.AlanKurschner.com. He is the author of Antichrist Before the Day of the Lord. Kurschner is currently working on his Ph.D. in Greek linguistics. He holds an M.A. in biblical languages from Gordon-Conwell Theological Seminary.

Many thanks to Alan Kurschner for taking the time to do this interview. I hope it has been helpful. Comments are more than welcome!

Check back again next week for the next part of our interview series on rapture positions.