This is the first of three interviews on different perspectives on the rapture. In this post Dr. Craig Blomberg of Denver Seminary is representing the post-tribulational rapture view. 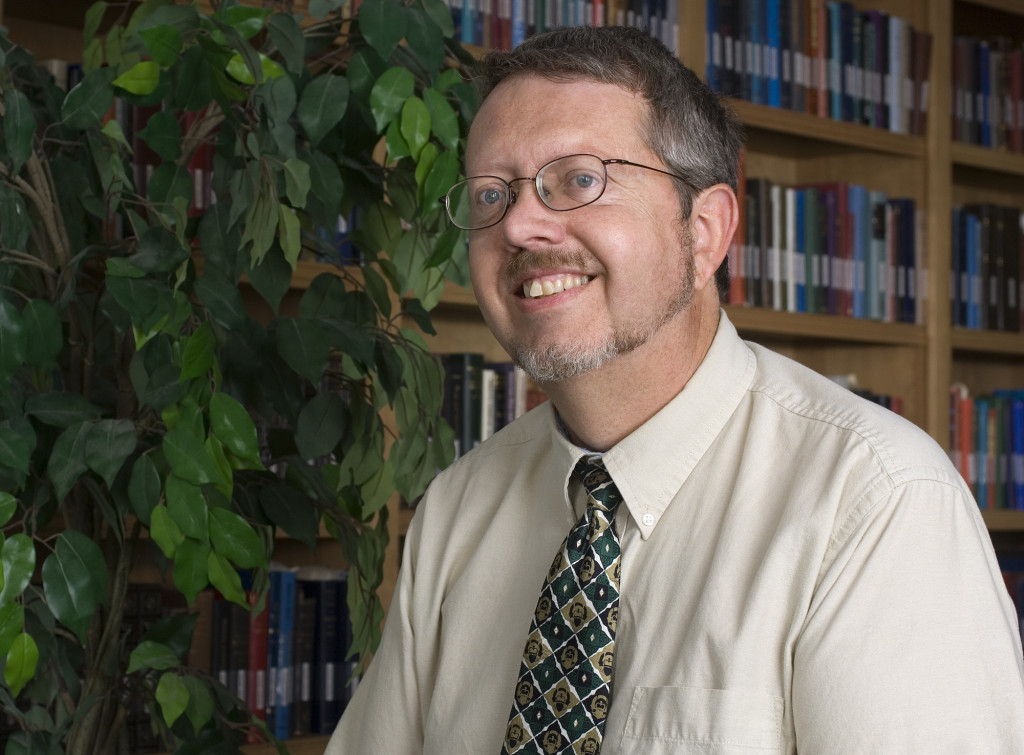 Although I was raised in a liberal Lutheran church, I really date my conversion to my sophomore year in high school, through a Campus Life/Youth for Christ club my best friend invited me to. This was one year after Hal Lindsey first published his Late, Great Planet Earth. Although we didn’t talk about eschatology a lot over my three years in the club, issues came up now and then and the only approach I was exposed to was Lindsey’s or others’ very much like his. The same was true during my four years with Campus Crusade for Christ in college. I didn’t know that classic dispensationalism was only one legitimate evangelical option. It wasn’t until I got to seminary that I learned about the whole range of options and became most convinced by historic pre-millennialism with its (typically) accompanying post-tribulationism.

What key issues and/or passages of Scripture will one have to wrestle with when studying the rapture and its timing and nature?

There is only one passage in the whole Bible that uses the term that when translated into Latin produced a cognate to the English word “rapture”: 1 Thessalonians 4:17. Obviously that text and its context will need to be evaluated. The problem is that there is no reference to tribulation in this passage. That is why so many different positions have emerged.

What are the distinctives of the post-tribulational position?

A post-tribulational rapture means what it sounds like it is claiming: the rapture occurs after the tribulation. In fact, the rapture is part of the public, final return of Christ. Believers are caught up to meet the Lord in the air and, like the welcoming parties that left a city in the ancient Roman empire when they heard a king or military general was returning home triumphantly to escort him back home, we will then escort Jesus to earth for final judgment and the millennium to follow.

Posttribulationism is also the standard view of amillennial and postmillennial positions, which have different understandings of the millennium—the 1000 years of Christ reigning depicted in Revelation 20.

You once held the pre-tribulational position, why do you not hold it today?

As I mentioned above, pre-tribulationism was the only one I was taught during seven years of involvement in the parachurch movement as acceptable for an evangelical until I went to seminary. I adopted the post-tribulational position because it made most sense of 1 Thessalonians 4:17, as I have just described it, and fit each of the other Scriptures best as I examined them.

What are key passages that you believe best represent your position?

In addition to 1 Thessalonians 4:17, Revelation 3:10 uses the language of being “protected from” tribulation with the identical two Greek words that are found elsewhere in John’s writings together only in John 17:15, where Jesus prays for his disciples to be protected on earth from tribulation, not taken away from it.

The tribulation in Revelation contains many judgments similar to the plagues on Egypt in Moses’ day, when the Israelites were protected in the land without being taken out of it yet.

When Jesus talks about two in the field or at the mill, with one “taken” and one left (Matt. 24:40-41), he has just spoken about those “taken” in judgment in the days of Noah and the Flood (vv. 38-39), so this is not likely referring to people taken from the earth to be protected.

Although Revelation 7:1-14 seems to distinguish two groups—Jews who live through the tribulation and Christians who are taken out of it, on closer inspection they more likely refer to the same group—the multi-ethnic church viewed as the fulfillment of the hopes of Israel—being protected on earth during the tribulation.

What role does Daniel 9 have in your understanding of the timing of the rapture?

It does not play a role.  There is nothing in Daniel 9:24-27 (presumably the section you have in mind) that refers to God’s people being caught up to meet the Lord in the air, or any equivalent concept.

Do you hold to a form of dispensationalism, and how does that affect your view?

No, I do not.  This was an approach of interpreting the Scriptures that was first invented by J. Nelson Darby, founder of the Plymouth Brethren sect, around 1830. It does not have an older Christian pedigree. Certain features of it can be found in earlier writers but not the whole system as a package.

What unique practical implications do you see in your view? How does your understanding of the rapture affect your life?

I do not expect that Christians will somehow be exempt from suffering. We are not now, nor will we be during the tribulation. The suffering we will experience will be due to Satanic opposition, including through fellow human beings. But this already occurs.

More Christians were martyred for their faith in the 20th century than in all nineteen previous centuries combined, and there seems to be no end in sight to hostility against believers in the 21st century. An escapist mentality that provides potentially false hope for fellow believers that they will be spared the worst of the suffering the devil and fellow humans can inflict sets us up for being impotent to withstand tribulation. Professional counselors already regularly comment that American Christians have one of the most anemic theologies of suffering in the history of the church; we dare not exacerbate it!

What resources would you recommend to someone wanting to study the post-tribulational position more?

I have written an article on the topic in the collection of essays entitled A Case for Historic Premillennialism, edited by Sung Wook Chung and me and published by Baker Academic.

I would also highly commend the Zondervan volume in their Counterpoints series on Three Views on the Rapture. This allows people to see how representatives of the three most common viewpoints defend their perspectives and respond to each other. It also contains an excellent introductory essay about the history of Christian thought on this question.

Also helpful are Bob Gundry’s First the Antichrist (Baker Academic) and, for a very readable commentary on Revelation from this perspective with all kinds of practical application, Craig Keener’s Revelation in Zondervan’s NIV Application Commentary series.

Dr. Craig Blomberg is Distinguished Professor of New Testament at Denver Seminary in Littleton, Colorado. He is the author of fourteen books, including a number on the gospels and parables, three commentaries, books on material possessions in the Bible, and a handbook on New Testament exegesis.

Many thanks to Dr. Craig Blomberg for taking the time to do this interview. I hope it has been helpful. Comments are more than welcome!

Check back again next week for the next part of our interview series on rapture positions.

Paul and the Faithfulness of God: Chapter 1