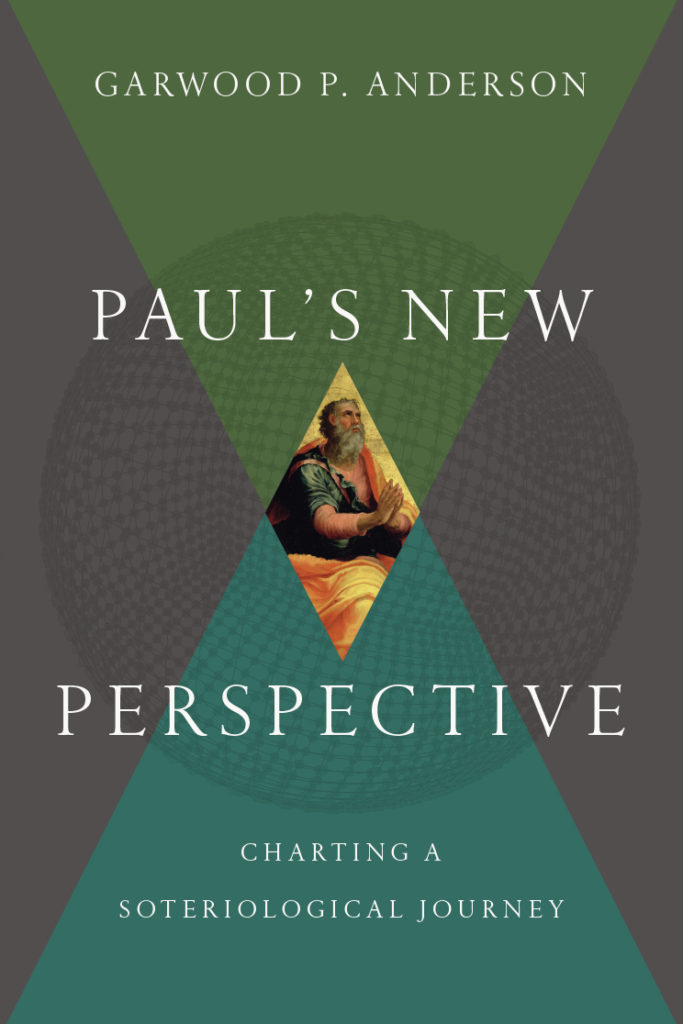 The more I study God’s word, the more passages like Psalm 119:14 mean to me. As I look back these 4+ blogging years, I find my theology having widened and deepened significantly. Could Paul’s letters reflect a development of his own? This is the thesis of Garwood Anderson’s Paul’s New Perspective. Anyone familiar with recent Pauline studies will recognize the wordplay in his title, as Anderson’s thesis is directed to the debate surrounding the “Traditional” and “New” Perspectives on Paul (TPP and NPP hereafter). What if the two parties could be largely mediated by recognizing that Paul’s own theology developed?

For Anderson, “this book insists that both ‘camps’ are right, but not all the time” (p5). In other words, Anderson wants this to be a both/and issue, not an either/or. The NPP is a fruitful and necessary corrective to the TPP. However, “the NPP characteristically falls captive to a limited data set” (p11). This is because it bases its position primarily or exclusively upon the undisputed Pauline letters (Romans, 1 and 2 Corinthians, Galatians, Philippians, 1 Thessalonians, and Philemon). Rather than dismissing the other letters for being out of touch with Paul’s theology, what if they reflect development instead?

Chapter 1 introduces and (generally) appreciatively assesses the NPP and its distinctive contributions and major proponents. In Anderson’s view, the NPP is to be received, but not at the exclusion of the TPP.

This leads to chapter 2, which surveys three texts where Paul is uncooperative to being pigeonholed by either NPP or TPP paradigms: Philippians 3:1-11, Romans 3:21-4:8, and Ephesians 2:1-22. None of these texts can be easily fit into one method without recourse to the other.

Chapter 3 considers more recent developments. Francis Watson, Douglas Campbell, Michael Gorman, Michael Bird and John Barclay are discussed. Anderson also considers some key issues that remain to be resolved, such as Paul’s prospective/retrospective approach, justification and the pistis christou debate. Most are either false dichotomies, nonessential to the debate, or able to be resolved through his developmental hypothesis.

Chapter 4 moves from critical overview to Anderson’s own positive case of development in Paul’s theology. This begins with considering Paul missionary journeys. Anderson holds to a fully authentic Pauline collection, so Chapter 5 argues for the authorship of Colossians, “Ephesians” and the Pastorals. In each instance, Anderson builds on the work of others to offer some unique suggestions of his own. Interestingly, Anderson holds that “if Ephesus is the destination [of so-called ‘Ephesians’], then it is almost impossible that it is Pauline” (p207), but that “Ephesians” is in fact the letter to the Laodiceans (Col 4:16).

Chapter 6 is the focal chapter for Anderson’s construction. He argues, against both TPP and NPP, that “works of the law” and “works” are not synonymous. Rather, the NPP is correct in their narrow understanding of “works of the law” and the TPP is right concerning their universal understanding of “works”. He perceives a shift occurs from Galatians to the Pastorals, with Romans being the major changing point. In Galatians “works of the law” is exclusively used, while the Pastoral only use “works” and Romans contains both. What’s more, beginning at Romans, “grace” is pitted against general merit. These points indicate Paul taking his specific contra-Judaizing argument in Galatians and universalizing it to refer to merit in general. Over the years, Paul realized the specific Galatian situation had the broadest implications. To put it too simplistically, Paul’s older perspective is closer to the NPP, and his newer perspective is closer to the TPP.

Chapter 7 acts as corroborating evidence of development by tracing justification, salvation and reconciliation. Justification “attaches almost singularly to context where the matter of Jew and Gentile relationship is at stake” (p283; Galatians, Romans and Philippians 3:2-11). Secondly, justification is forensic and static; as such it is a limited term, but a fitting one for these contexts. However, Paul begins to use salvation as a “global expression” that allows for a”progressive” aspect (p298). Salvation is a broader term, and it is fitting that Paul’s own vocabulary shifts to prioritize this word.

Looking Back on the Journey

Chapter 8 serves to confirm Anderson’s arguments and examine its implications.

Second, from Romans onward, Paul abbreviates his soteriological statements in settled formulaic statements, relies less upon the OT, and is not driven by circumstances. What’s more, he appears more comfortable with endorsing good “works” in his final letters.

That’s it for a rough and ready summary. Check back soon for my own thoughts on the book.

Many thanks to IVP for providing a review copy.