And getting into a boat he crossed over and came to his own city. And behold, some people brought to him a paralytic, lying on a bed. And when Jesus saw their faith, he said to the paralytic, “Take heart, my son; your sins are forgiven.” And behold, some of the scribes said to themselves, “This man is blaspheming.” But Jesus, knowing their thoughts, said, “Why do you think evil in your hearts? For which is easier, to say, ‘Your sins are forgiven,’ or to say, ‘Rise and walk’? But that you may know that the Son of Man has authority on earth to forgive sins”—he then said to the paralytic—“Rise, pick up your bed and go home.” And he rose and went home. When the crowds saw it, they were afraid, and they glorified God, who had given such authority to men. 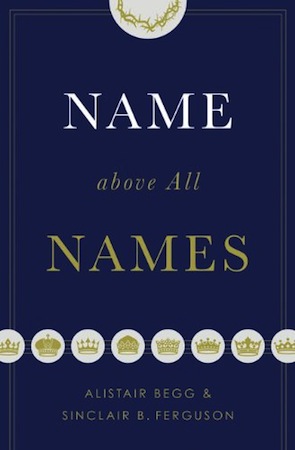 Here’s Begg and Ferguson commenting on this above passage from Name Above All Names:

The essence of Jesus’ miracles of healing and transformation is that they are signs.

But signs of what?

They point to the final regeneration and resurrection of the cosmos that the Lord Jesus Christ will bring in at the end, when he makes all things new.

This final kingdom, which will be on display then, has erupted in his ministry and is already visible in his victory over the powers of darkness and his reversal of the effects of sin. To the same man he says, “Your sins are forgiven,” and, “Rise, pick up your bed and go home.” The spiritual and physical effects of the fall are reversed in one and the same miracle.

Already Jesus is giving glimpses of the future renewed creation.

Perhaps you have gone into a darkened room and switced on the light, only for it to fuse. Yet in that moment you caught a glipse of what was in the room. In a similar way the miracles give us momentary glimpses of the last and future world when all things will be made new.