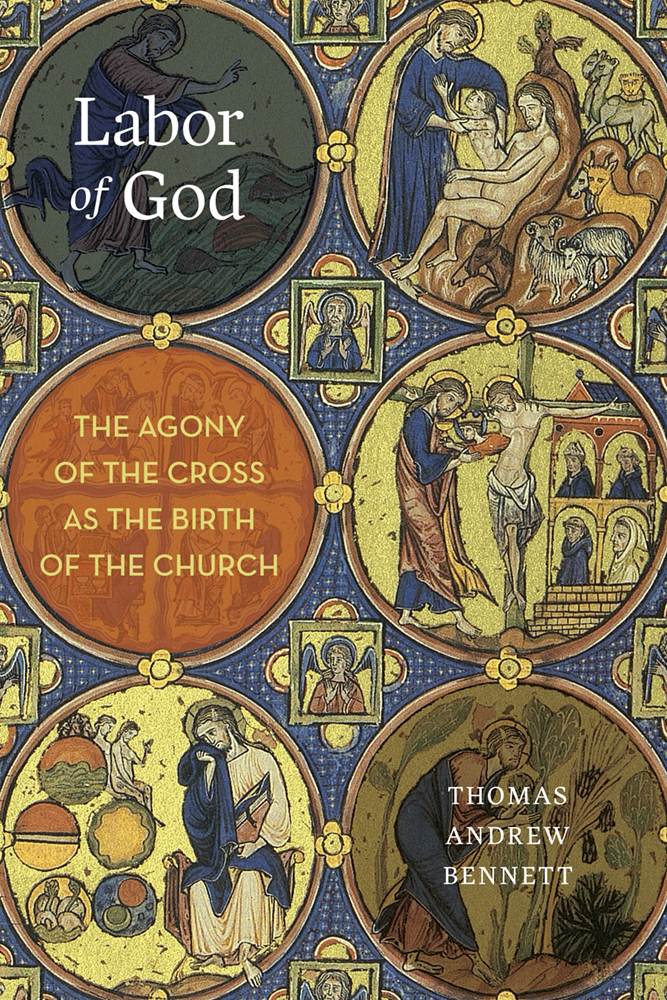 “Christians have become utterly inured to the cross” (p1). With this opening volley, Thomas Andrew Bennett in Labor of God provocatively challenges the church to revisit its thinking and speaking of the cross. Our images, concepts, and explanations Jesus’ work have become so familiar they have lost the scandal of the cross—they no longer shock. However, Bennett does not merely want to lament and deconstruct; he offers a solution to this problem. Bennett finds the solution in the freshness of a long-discarded image: the cross as labor.

In this image, the crucifixion of Jesus is “the birthing pangs—the labor—of God, who bears renewed spiritual sons and daughters into the world” (p5). The cross is not merely an act of violence but a bearing of life. It is not an ending but a beginning.

This doctrine’s primary explication is found in the Johannine literature, but is also found elsewhere (e.g. 1 Pe 1:23; Ti 3:5). Through this labor of Christ on the cross, we are born into God’s family and thus Jesus’ brothers and sisters. The image is fresh and reclaims the scandal and oddness of the cross.

Labor of God is not an exegetical book; rather, it is a work of theology. As such, it is wide-ranging. Within few pages, Bennett will discuss childbirth, the place of violence in atonement, the question of God’s own suffering, how metaphor works, and provide a quotation from scripture or an early Christian writer. Some, who are more systematically-minded like myself, will be frustrated (if not impressed) at the free-wheeling argumentation. Others, will appreciate the comprehensive and rhetorically nuanced treatment. Bennett’s beautiful prose, however, will delight all.

The church surely needs to reclaim this doctrine and ponder it for devotional and theological fruitfulness. That said, Bennett overstates the import of the birth image if he believes it can be load-bearing while the other pillars are toppled. Yes, it is present in scripture, but in Bennett’s admission, it not much found in the plain teaching of scripture. Rather, it is revealed in the  substructure of certain passages. In order to make room for the labor metaphor (even giving it pride of place), Bennett appears to believe he needs to take regular swipes at the others.

“Removing legal condemnation, restoring God’s honor, even disarming and unmasking the ultimate weapon of demonic persecution—none of these models of atonement credibly treat the cross as a remedy for sin, for in none of them is the suffering of the cross effecting a transformation in which human beings receive the goal of God’s atoning activity” (P67).

While Bennett’s labor metaphor does have much to say in this area, are the other truly lacking, or is Bennett speaking of the poor caricatures? If Bennett’s reclaimed labor image is truly the only one that captures this dynamic, it is surprising that the NT authors do not give it such prominence. I’d suggest that Bennett’s polemical vigor weakens his argument by overstating the doctrine’s importance.

Another example. Bennett considers the image of sacrifice to be “staid, proper, stale, and dead” (p3). He does not deny or reject the sacrifice metaphor, but rather that it has lost its shocking and powerful effect. To me, this is too pragmatic an argument. Besides, as I see it the issue is not that the contemporary church has neutered the image by mastering it; rather, what we think we understand is in fact a lame caricature. How many in the contemporary church have so mastered the logic of Leviticus or Hebrews that the profundity of Christ’s sacrifice has truly been exhausted?

Labor of God was a delight to read. I have been pondering its insights for the past several months and it has indeed born fruit. My lingering doubt, however, is whether this image truly is superior to others, or if it is simply fresh. If Bennett has his way and this image is reclaimed and preached with vigor, what will we say about it a century from now? If the virtue of a metaphor is it shock-factor, when will we need to discard this one in favor of another?

These criticisms aside, Labor of God is a significant book, for it presents a truly neglected metaphor for Christ’s work. All readers will profit. It is beautiful, theologically invigorating, thoughtful, reverent, and wide-ranging. It’s also noteworthy for presenting an atonement model primarily from the Johannine writings. There’s a reason this short book has received endorsements from scholars such as Michael Gorman and Richard Bauckham. Hopefully, others, inspired by this short book, will pursue its implications in exegetical and systematic areas.

Buy Labor of God from Amazon and support MDS

Many thanks to Baylor University Press for providing a review copy.