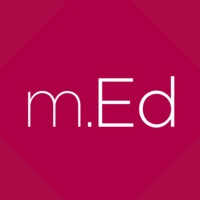 In this 4-hour course, John Walton presents an understanding of Genesis 1-3 that is informed by the worldview of the Ancient Near East. That is, he believes his presentation is closer to how it would have been “read”. Genesis 1-3 are among the most familiar chapters of the Bible to most Christians, but the advances in knowledge of the ancient Israelite worldview, and those of the surrounding culture have not yet filtered down to the church. As an expert in the Ancient Near East, an evangelical, and an entertaining and likeable speaker, John Walton seems like the man of the hour.

The basic proposal is that the church reads the text with too much “baggage” of the creation/evolution debate. Instead, we need to read it as an ancient text. Instead of coming to the text with our modern questions, we must ask the questions the texts leads us to ask. Instead of reading the text through modern eyes with modern scientific concepts of “reality”, we need to see the world through the eyes of the ancient Israelites. How did they conceive of the world? 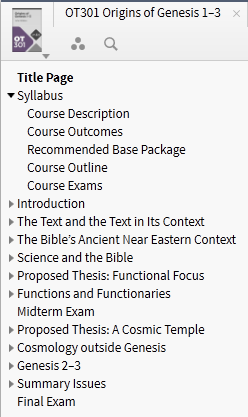 To achieve this end, Walton highlights the differences in how the world is conceived. Probably the most significant (and controversial) point Walton makes is that the ancients were less concerned with being than function. Or to put it in other words, Genesis 1 is not a house story but a home story. The ancients were less concerned with the story of how the house (i.e. cosmos) was built, but more about how it was made into a home. This means that the Bible is less concerned with answering our modern scientific “how” questions, but wants to tell us “why”. For example, what does it mean that mankind was formed from dust? Is that how God made mankind? Is dust moldable? Are we composed of dust? Or is it rather telling us that we are frail? Or another example: is Eve’s creation telling us how woman was made? Or is it answering a why question by telling us that because Eve comes from the side of Adam, she is equal to him. 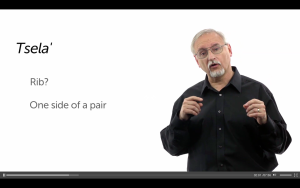 Space does not permit to list the numerous suggestions that Walton makes throughout this course. However, if one is familiar with his books on creation and Adam, the material is virtually the same. However, there are advantages of having this material in the Logos format rather than a book. First, each video is only a few minutes long and is ideal for assigning as homework or for starting a discussion in a classroom setting. Second, each video ends with suggested further reading, linked to Logos (if one owns the material). Third, there are quizzes at the end of each unit. Fourth, the videos are transcribed and is entirely searchable from within Logos. 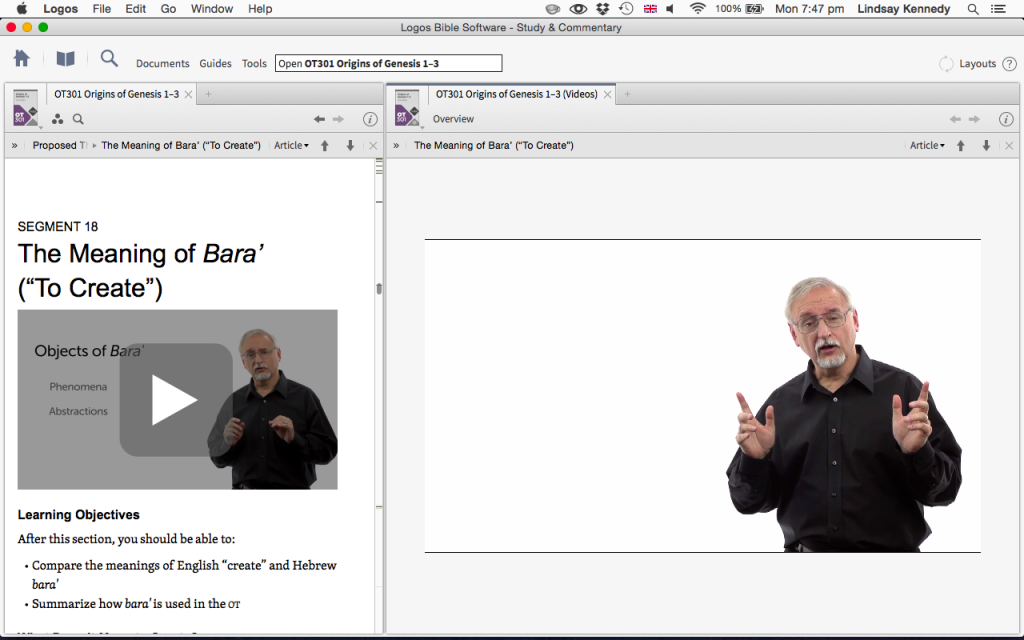 Of course the question remains, is he right? Yes, Walton’s proposals make good sense and help resolve significant tension. And, the ancient world may have believed such and such. It may be a fact that those in the ancient world are more concerned with functions than ontology. However, all facts must be interpreted, and this is where things become subjective and where we must not simply accept everything we are told. Perhaps there is another accounting for the evidence that Walton presents? I have not done sufficient study to know, however, I do know that his ideas are not without opposition among scholars.

What can be said, however, is that Walton does an excellent job of presenting an alternative reading of Genesis 1-3 that is internally consistent and does not unfairly twist the source material. In Origins of Genesis 1-3, Walton wants to reclaim Genesis 1-3 from the clasps of the science debate, and for that he should be commended. I believe he should be heard, and he has certainly given me much to think about.

Many thanks to Faithlife for providing a review copy of Origins of Genesis 1-3. Their generosity has not affected my opinion.