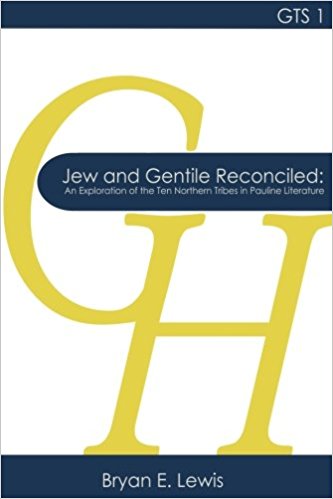 Was Paul a faithful reader of Scripture? Or did he twist Scripture to whatever he wanted? I believe Paul read faithfully, but must admit there are some problem texts. His use of Hosea 1:9-10 and Hosea 2:23 in Romans 9:24-26 is one that’s puzzled me for years. In Bryan E. Lewis’ published mDiv dissertation, Jew and Gentile Reconciled, he presents an ingenious solution, while unearthing a significant but surprisingly overlooked theme in the NT.

Back to Romans 9:24-26. Nothing appears out of the ordinary on first glance: Paul simply quotes OT texts to support Gentile salvation. However, the texts he uses are originally about the northern kingdom of Israel. Is he misapplying the text? Did Paul think the church replaced Israel? Or is he simply drawing an analogy between the lost-ness of apostate Israel and pagan Gentiles?

Lewis shows that ancient and modern interpreters alike have made two mistakes. First, they conflate the Jews with the northern kingdom of Israel. Scholars neglect that the term “Jew” is a  term specifically coined for those returning from the Babylonian captivity to Judea. Thus, Jew “is never employed as a reference to the whole of Israel” (p36). The fact that there were two exiles in Israel’s history is also overlooked. This is significant because “though the Babylonian exile had ended, the effects of the Assyrian exile remained” (p27). The northern kingdom of Israel had never returned to the land to be reunited with Judah, despite prophetic expectations of such. For Lewis, this is key to understanding Paul’s quotations of Hosea. His solution is that “Paul’s mission to the Gentiles was the vehicle whereby the northern tribes would be gathered from exile, reconciled, and restored. with the southern kingdom of Judah in the land” (p31). In other words, for Paul, the salvation of the Gentiles is the salvation of the northern kingdom.

From Israelite to Gentile

This requires some explaining. According to biblical and nonbiblical records, due to the Assyrian conquest, “Israelite identity was frustrated on diverse levels [and…] became a people no longer recognized as distinctive” (67). In other words, the Israelites became Gentiles! However, the OT and Second Temple texts clearly expected the restoration of the Northern Kingdom (e.g. Isa 11:10-13; Jer 3:17-18; 30:3-4; Ezek 37:19-22). But how can God fulfill His promises to save the Israelites if they have lost their identity and are no longer distinguished from the nations (the Gentiles)? The answer is shockingly simple: God must save the Gentiles! Only through saving the Gentiles can God restore the lost tribes.

Though this is the essence of Lewis’ argument, I have hardly done it justice. He provides much evidence to support the claim that the Northern Kingdom lost their identity (chapter 3), and that the reunification of the twelve tribes is a prominent but neglected prophetic hope (chapter 4). And most importantly, an exegesis of Romans 9-11 is needed to prove that his argument represents Paul’s own argument (chapter 5).

Overall, I find this compelling. I have long found the “solutions” to Rom 9:24-26 dissatisfying, so this book was very welcome. Of all the solutions to this passage, I find this is the most persuasive, if not the most surprising! What’s more, it has wider implications. If the Gentiles represent the restored northern tribes of Israel then it solves the question of how the Gentiles participate in the New Covenant, since it is promised to the “house of Israel and the house of Judah” (Jer 31:31). It also explains the mistaken supersessionism that resulted from the early church misunderstanding Paul’s nuanced argument. What’s more, Jacob’s prophecy to Ephraim (the tribe that often represented the Northern Kingdom) that “his offspring shall become a multitude of nations” (Gen 48:19) is captivating when compared to Rom 11:25-26. Other difficult texts may be illuminated also, such as the allusions to Ezekiel 37 in Ephesians 2, or the relationship between the 144,000 and the multitude from every nation in Revelation 7. However, I think Bryan’s argument would be lessened if it did not work in similar contexts elsewhere.

I do have a few points of disagreement or confusion, however.

Lewis believes this restoration is entirely fulfilled; for example, “Israel’s restoration promises concerning the end of the exile were fulfilled in the first century” (p30, also p13-14). I’m not sure why this would be, since Gentiles continue to be saved. Judging by a few statements, the author is a preterist, so that may provide the reason, but his viewpoint is never articulated in the book. On the other hand, sentences like “the gathering of Israel’s exiles and the salvation of the Gentile nations are coterminous events” (p82) allow the possibility of continuing fulfillment, and thus appear to contradict the earlier statements.

Also, I am confused as to how the promise for the Northern Kingdom to return to the land is fulfilled. For example, “the Gentile nations coming to salvation is one and the same with the restoration of the northern tribes back into the land” (p111). Exactly how? The Gentiles never came in mass to Jerusalem. What’s more, if this were fulfilled in the first century, what role do the events of AD70 play to this ingathering? At very least, this ingathering awaits the complete fulfillment of the New Jerusalem (Rev 21-22). A preterist may respond that this New Jerusalem is the church, and thus has already come, but Lewis does not address this.

In Jew and Gentile Reconciled makes a fascinating argument that deserves to be heard widely. It makes good sense of history and defends Paul’s own integrity as an interpreter. What’s more, it opens the door to reconsider many other texts in fresh light. I highly recommend this work for anyone interested in Biblical history, the NT use of the OT, Pauline theology and eschatology.

Many thanks to GlossaHouse for providing a review copy of this book. Disclosure of Material Connection: I received this book free from the publisher. I was not required to write a positive review. The opinions I have expressed are my own. I am disclosing this in accordance with the Federal Trade Commission’s 16 CFR, Part 255 (http://www.access.gpo.gov/nara/cfr/waisidx_03/16cfr255_03.html): “Guides Concerning the Use of Endorsements and Testimonials in Advertising.”