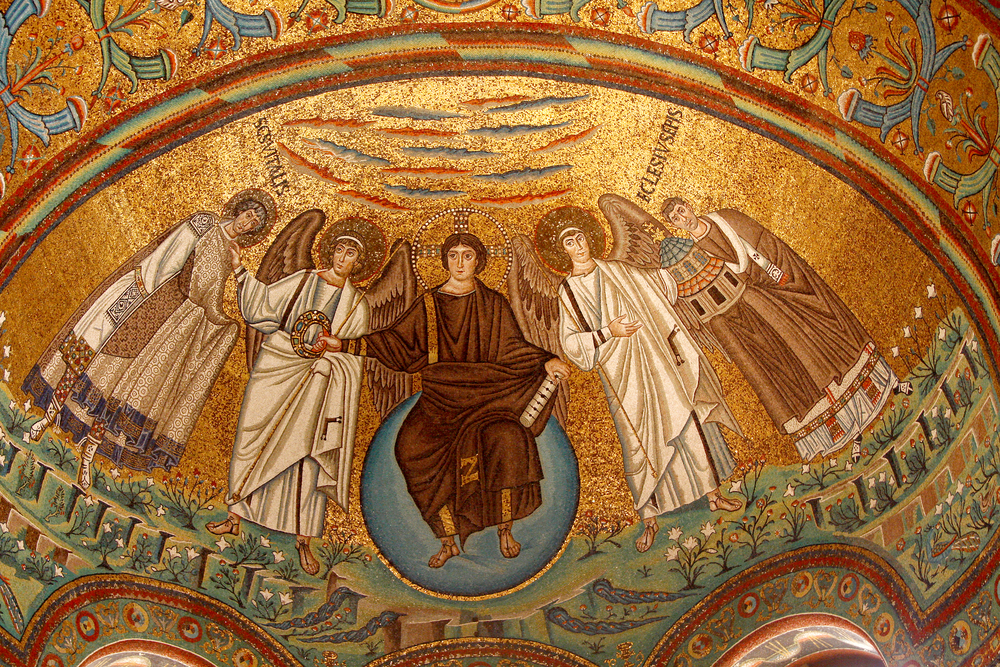 As noted in the opening post, one difficulty with interpreting Mark 13 is that some verses appear to refer to Jesus’ near future, but others to the distant future. Stein embraced this tension by seeing Jesus as switching back and forth from near to far future. Wright and France attempted to resolve the tension by pulling the passage – or most of it – into the past. Another solution is to do the opposite and push the entire text into the distant future and see Jesus as speaking entirely of the events leading up to the Second Coming

In this post, I have drawn from Larry Pettegrew’s TMSJ article Interpretative Flaws in the Olivet Discourse (PDF) and John MacArthur’s Mark commentary. There are a few differences in their interpretation, but they are generally on the same page.

This is the third post in our Mark 13 series. Other posts in this series.

After hearing of the destruction of the temple, the disciples want to know more about what the future holds. Matthew 24:3 records that the full question looks beyond the temple and regards the end of the present age.

How does Jesus’ answer in Mk 13:5-37 relate to the disciples’ questions?

For MacArthur, after referring to the AD70 destruction in Mk 13:2, Jesus shifts His focus to the distant future in Mk 13:5-37. The rationale is as follows:

In contrast, Pettegrew doesn’t restrict this section to the future; rather, these verses “typify an era from the time of the Lord’s prophecy up to the middle of the seven-year tribulation” in Dan 9:24-27 (Pettegrew: 175).

This refers to the second half of the 7-year tribulation, “when the Antichrist will set up his throne in a rebuilt temple in Jerusalem and declare himself to be God” (2 Thess 2:4; Rev 13:15).

How should Mk 13:19 be interpreted? Is this language elsewhere in the Bible?

MacArthur takes this literally as a time of “unparalleled horrors that will characterize the very end, as God’s wrath is poured out on the whole earth”.

These events literally describe “total darkness, after God extinguishes the sun, moon and stars (cf. Zech. 14:6-7), which will later be relit during the millennial kingdom (cf. Isa. 30:26)”.

This is not the AD70 destruction, nor the rapture of the church, but the coming of Christ at the end of the tribulation to establish His earthly Kingdom.

This is the gathering of “those who have come to faith during the tribulation and survived”, including the 144,000 Jews and countless Gentile believers.

This fig tree illustration is not related to Mk 11:12-14 and Jerusalem of Jesus’ time. Rather, Jesus is saying that once believers at the end of the age see the events of the tribulation, they can anticipate Christ’s soon return.

How should we interpret Jesus’ statement “this generation will not pass away…”? (13:30)

The pronoun you “does not refer to the disciples directly” since they did not experience the return of Christ. Rather, it is addressing those experiencing the tribulation. “[Since] the tribulation covers seven years, climaxing with the second coming, obviously a single generation will experience it all”.

This is an exhortation of perseverance to the tribulation generation.

I suspect for many this interpretation is quite familiar. I see the greatest strengths of this view as its apparent solution to the time references (it’s all describing future generation) and its consistency with other NT texts to construct a larger end-times scenario.

However, it has some difficulties:

As always, comments are welcome!

Check back soon for the final, and most unusual view: what if Mark 13 doesn’t refer to AD70 or Jesus’ second coming, but His death and resurrection?

New Plans for the Blog