For me (and many others), December is a month for retrospection. Every New Year’s Eve, Natasha (my wife) and I discuss our hopes for the following year and what we saw in the year now past. This seems a good place to do something similar with books and the ideas that have influenced me. Below are my 9 most impacting Biblical studies books I read this year. These are books that profoundly excited new interest in, opened my mind to, or deepened my love for, a given subject. I also think these are objectively great books, but since there are tons of great books, this list is entirely subjective.

Books are in random order. Links in title direct to Amazon. 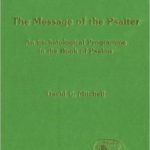 David Mitchell – The Message of the Psalter

My interest in the Psalter, particularly in its structure, skyrocketed last year and this classic, provocative, and idiosyncratic work from Mitchell in many ways brought my interest to a peak. Basically, Mitchell argues that the structure of the Psalter is eschatological and presents a similar sequence of events to that of Ezekiel 37-49 and Zechariah 9-14. It answered questions but mostly raised more fascinating possibilities that deserve further thought. 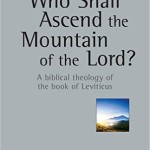 Michael Morales – Who Shall Ascend the Mountain of the Lord | Review

I always knew I needed to study Leviticus. This year I finally did so, and Morales’ book was the perfect introduction for me. Leviticus is best read when in context of the OT and with one eye on the NT. This is surely among the best 5-10 volumes in the NSBT series. 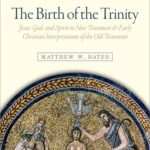 Matthew Bates – The Birth of the Trinity | Review

Another element of the Psalter that fascinated me is the abundance of quotations or allusions in the NT, particularly those applied to Christ. The usual approach to these psalms is either typology or direct prophesy, nether of which sat quite right to me. My reading of Acts 2 concluded that the NT authors saw Christ as speaker of the Psalms but it wasn’t until this year when I read Bates’ work that o understood how it worked (prosopological exegesis) and just how prominent it was in the early church (NT and beyond). Now what remains is a rereading of the Psalms in this way. 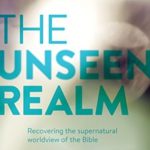 Heiser’s work on the divine council shook everything up for me. It was thoroughly biblical and strangely familiar, and yet revolutionary and controversial at the same time. The Bible has so much more to say about the unseen realm than we think. I awaited this book with great excitement and was not disappointed. 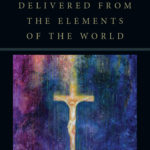 Peter Leithart – Delivered from the Elements of the World | Review

Peter Leithart’s magnum opus. I already struggled to review it, so I won’t attempt again to do so here. Suffice to say, I’m about ready to reread it, just a few months later, because it is so expansive and so chock full of ideas. Though it’s hard to decide, his chapter on flesh and Levitical sacrifices was most provocative 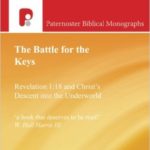 Justin Bass – The Battle for the Keys

The idea that Chridt descended to hades (often called hell) between death and resurrection seems strange to many modern readers, yet it has an rich and abundant heritage. Bass makes the doctrine abundantly clear through tracing the OT, ANE, second temple and NT text alongside Christian writers ancient and medieval. 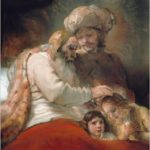 A study on the ancient and abiding Jewish tradition of a suffering and rising messiah that comes from Joseph. Mitchell presents a comprehensive tracing of this tradition and argues that it goes back to the Pentateuch itself. It’s hard to argue with David Mitchell’s evidence, but what does it all mean? I aim to read everything Mitchell writes as he’s always fascinating, but unfortunately I’ve now achieved that goal! 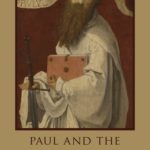 For a while now I’ve been reconsidering Israel and seeking to come to my conclusions through Scripture rather than my immediate heritage (of which I am most grateful). I am yet to reach a satisfactory conclusion or find any one paradigm entirely persuasive but this book has opened me to “Paul Within Judaism” and, more broadly, to messianic Jewish interpretation that does not denigrate the law and sees unity and equality, but with distinction, between Jewish and gentile believers in this age. I’ve only got my toes wet but their viewpoints contain some of the most exciting and sensible ideas I’ve come across (but also some real yet-unconvincing head-scratchers). 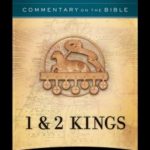 This commentary is renowned and now I know why. An impressive blend of literary analysis and theological, social, and political insight.

What books impacted you the most this year? Let me know in the comments!

Lindsay
Biblical Studies, Books
1-2 Kings, Battle for the Keys, David Mitchell, Delivered from the Elements of the World, Justin Bass, Matthew Bates, Matthew Thiessen, Message of the Psalter, Messiah ben Joseph, Michael Heiser, Michael Morales, Paul and the Gentile Problem, Peter Leithart, The birth of the trinity, the unseen realm, Who Shall Ascend the Mountain of the Lord, Year-end list

It’s not too late: Read the Bible in 2017 with the Bible Project