The Man Christ Jesus: An Interview with Bruce Ware 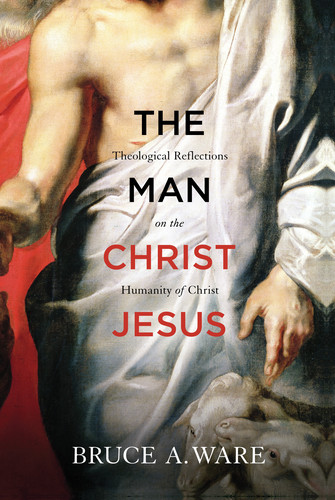 In the highlight of my blogging experience thus far, I got a chance to talk to Dr. Bruce Ware, Professor of Christian Theology at SBTS, about his new book, The Man Christ Jesus  (UK).

What prompted you to release a book on Jesus’ humanity, and what do you think sets this book apart from others?

Often, when we Bible-believing evangelical Christians think of the person Jesus Christ, our minds tend to focus on his deity.  Of course, this is not wrong, but it also isn’t all that is true of Jesus.  Perhaps our battles over the centuries with those who deny the deity of Christ have given us this mind-set, that when we think “Jesus,” we think, “God.”  One of the burdens of this book is to show that while Jesus was fully God, he also lived his life fully as a man.  He was, as Paul says, “The man Christ Jesus” (1 Tim 2:5), and this makes a difference in how we understand his obedience to the Father, his resisting of temptation, and many other aspects of his life among us.

Do you have a particular audience in mind that you hope will pick this up?

I am hoping to capture the attention of the broader Christian community who love their Bibles and love Christ.  I want them to join me in catching this vision of Jesus who while he was fully God, lived his life, resisted temptation, obeyed the Father, went to the cross, all by relying on resources – the word of God, prayer, and most importantly, the indwelling and empowering Holy Spirit – given to him in his humanity.  As such, he really is an example for how we, believers, should live.  Since he lived in the power of the Spirit, and that same Spirit is given to us, we rightly can/should look at him and learn how human life at its best should be lived.

What was the most enjoyable aspect in writing of this book? 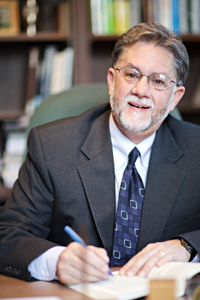 I’ve taught and preached the truths of this book for many years, but I never had written out these various aspects of the life of Christ seen through the lens of his living as one of us, a full and integral human.  So, it was a joy finally to work on stating these glorious truths in written form, living, as it were, with my mind saturated on the life of Christ and longing to see this vision of Christ spread also to others.

In your interview with Dane Ortlund (below), you mentioned that Christ performed His miracles by the power of the Spirit. Did Jesus ever perform a miracle from His own divinity, and if not, would that mean that we can’t see Jesus’ miracles as evidences of His divinity?
Jesus may well have performed some miracles through the power of his own intrinsic divine nature, but it seems clear to me that the biblical norm is not this.  Rather, as passages like Matt 12:28, Acts 2:22 and Acts 10:38 indicate, the general accounting of Jesus’ miracles by NT writers is that he did these in the power of the Spirit.Now, allow me two further comments:1) We should not assume that appeal to the miracles that Christ performed is necessarily clear proof of his deity, because Moses, Elijah, Paul and others performed miracles, yet this certainly does not prove their deity.  In other words, if the miracles of Jesus directly prove his deity, then the miracles of Moses prove his deity, and the miracles of Elijah prove his deity, etc.  Yet this, of course, is not true.Rather, what miracles show is that the person performing them does so with the power of God.  And when you look at the biblical record of Jesus’ miracles, you see that the normative answer to the question, “What divine power was at work in Jesus by which he did his miracles?”, the answer given is that he performed these miracles by the supernatural power of the Spirit of God.

2) Yet, the miracles of Jesus, done in the power of the Spirit, still can indirectly give support to his deity.  Here’s how:  Recall that, in response to the challenge to declare whether he was in fact the Christ, Jesus said in John 10:25 “I told you, and you do not believe; the works that I do in My Father’s name, these testify of Me.”  So, the “works” of Jesus testify to the truthfulness of his “words.”  When he declares with words, “Before Abraham was, I am” (John 8:58), and “I and the Father are one” (John 10:30), these “words” that declare his deity are confirmed and authenticated by the “works” (i.e., miracles) that he does.  That is, he is the Messiah of God, he is the God-man, and one way we know this is that he does works only God can do when he performs these works in the power of the Spirit.

What do you hope pursuing a deeper understanding of Christ will lead to for readers?

I hope and pray that a clearer understanding of Christ, the God become (also) a man, will give them more confidence in living the new covenant, Spirit-empowered lives we are called to live.  Since Christ came as God and took on our human nature, he set aside prerogatives of his deity to live life fully as one of us.  Though he retained all of his essential divine attributes (indeed, he was fully God!), nonetheless he chose to limit their use or expression so that he could experience human life with integrity and authenticity.  Knowing this – knowing that Jesus really did suffer, and grow, and fight to obey, and resist temptation, fully as a man – can give us hope that as he lived in obedience in the power of the Spirit, so we can hope and pray for increasing obedience in our lives as we rely on that same powerful Spirit.  We really are called to “follow in his steps” (1 Pet 2:21), and I hope this book will show better why this command is one we should long to obey.

It was an honour to have this opportunity to chat to Dr. Ware and I hope this interview spurs people on to get this book! I’ve just finished reading through it myself and it was a tremendous blessing to me and will definitely be a book that I gift and recommend.

Be on the look out for my review and also a giveaway in the coming weeks.

Watch Dr. Ware’s interview with Dane Ortlund on this book at Crossway.

Credo Mag on Kingdom Through Covenant